K.will has released the track list for ‘Mood Indigo‘. He will be releasing the second part of his fourth album ‘Mood Indigo‘ on November 6th at 6pm KST. The first part ‘Will be a Start‘ was released on May 10th. Fans have been waiting for new music since then. 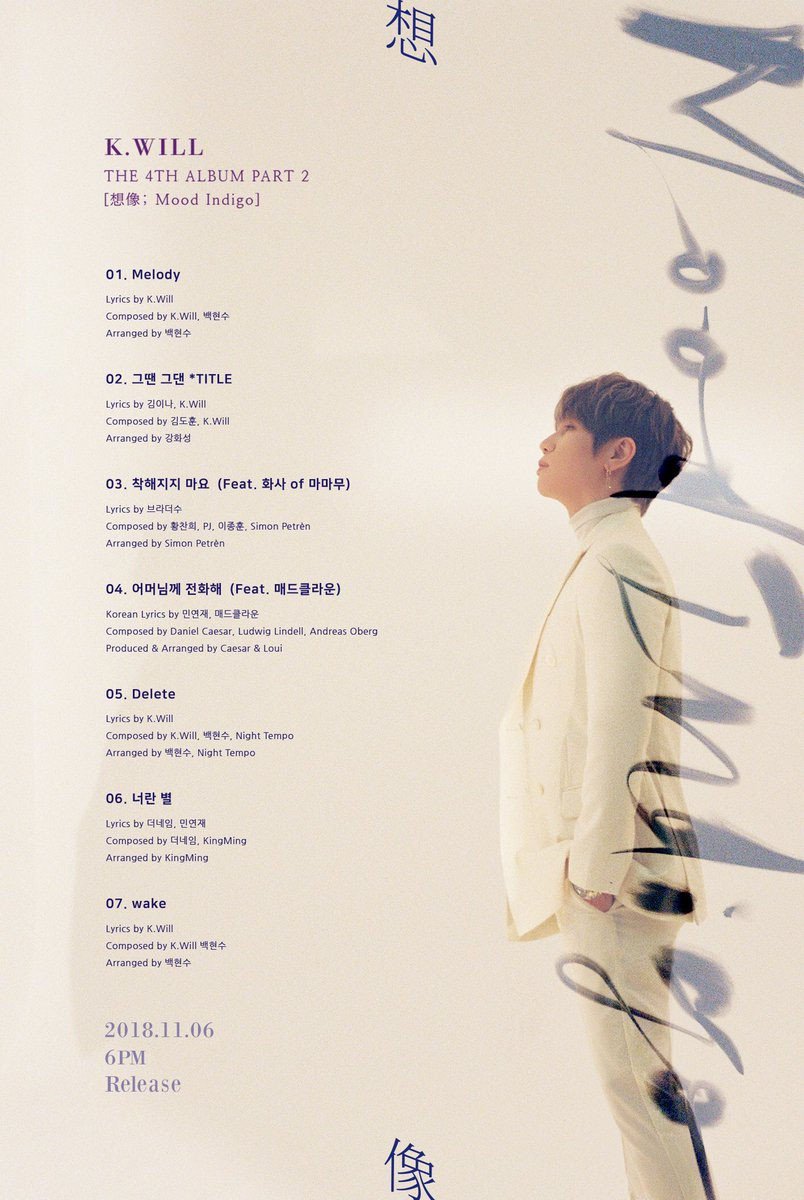 There are seven tracks on ‘Mood Indigo‘. He has revealed that there will also be two collaborations. One of them is with Hwasa from Mamamoo for ‘Do Not Become Friendly‘, which was written by R&B artist Brother Su. The other is featuring former Starship Entertainment label mate Mad Clown for ‘Call Your Mother‘. This track was written, composed and arranged by Daniel Caesar.

This track list has made fans curious about what kind of music they can expect on ‘Mood Indigo‘.

What do you think of K.will‘s new track list? Let us know in the comments below.