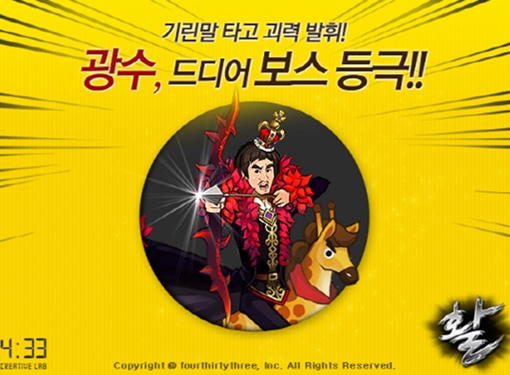 The character, who rides a “giraffe horse” and fights with bows and arrows,  is based on Kwang Soo’s “Giraffe” and “Boss” images from “Running Man”.

Kwang Soo has also participated in the sound recording for the game, so players can also hear his actual voice while playing “Bow for Kakao”.

Right after its release, the game topped the app store charts and ranked first in the Google Play Store two weeks after its premiere.