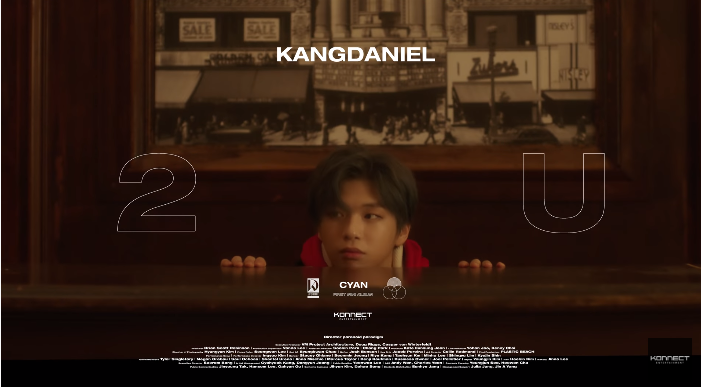 On March 19th, Kang Daniel released the MV teaser for ‘2U’, the title track off his first mini album, ‘Cyan’. Three days later on the 22nd, he dropped the highlight medley for the album. Check them both out below!

The MV teaser shows the singer having fun with a bunch of friends, running around inside a building and just hanging out. The instrumental sounds minimalist with a clicking melody, reminiscent to the minimalist sound of his debut track, ‘What Are You Up To‘.

In the highlight medley, we get previews for all five tracks in the album. All the tracks have an electronic laid back feel to them. Tracks like ‘Interview’, ‘Jealous’ and previously released single ‘Touchin” have a refined sexy feel to them based off the combination of the singer’s voice and beat. This is compared to the first two tracks, ‘Adulthood’ and title track ‘2U’ which have a lighter, fun sound.

Kang Daniel‘s first mini album, ‘Cyan’ will be released on March 24th, 6PM KST! How do you feel about the singer’s return? Let us know in the comments below!