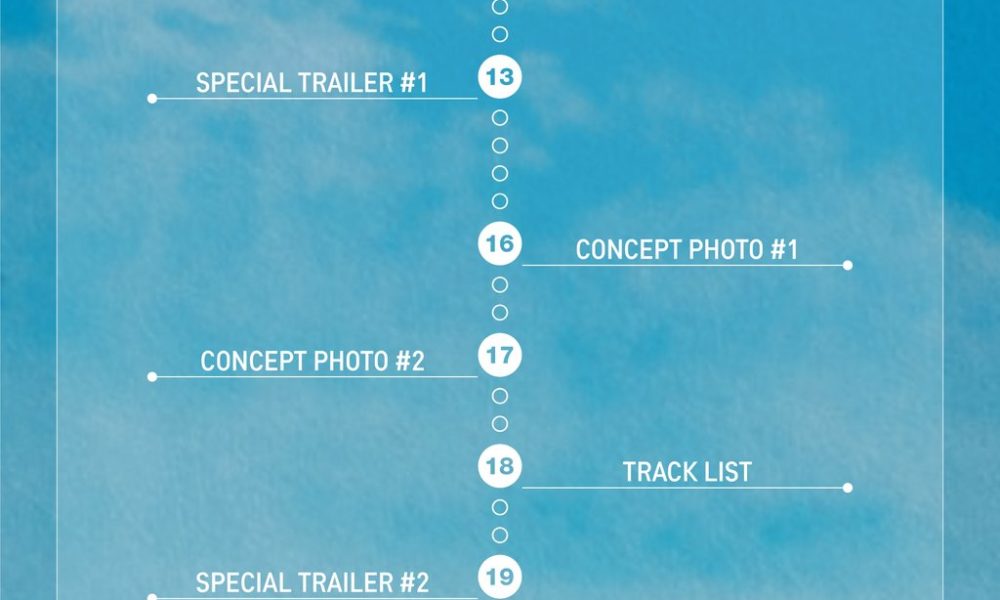 On March 10th, Kang Daniel released the scheduler for his 1st mini album comeback, ‘Cyan’. Check it out below!

Following his plain cyan coloured teaser a couple days ago, this release plan shows fans can expect many teasers for the singer’s comeback. The schedule is as follows:

His comeback is well anticipated since he took a break from all activities back in December 2019, citing physical and mental health problems. This was during the promotion period for his single, ‘Touchin”. In February 2020, he was filming reportedly for his reality show in the United States, ‘Hello, Daniel!’. It seems that the singer is returning back to good health with the release of this album.

How do you feel about the soloist’s return? Let us know in the comments below!