KARA Disbands, Leaving The Future Of The Girls In Doubt

KARA Disbands, Leaving The Future Of The Girls In Doubt

This is not a good day for Kamilias. KARA, which made Korean Music World beautiful with enchanting music for nearly a decade, has officially disbanded, effective 15th January, 2016.

Goo Hara , Han Seungyeon and Park Gyuri all had contracts whose term was coming to an end with DSP Media and they made the decision to move on to new agencies.  DSP confirmed the news on the same day that their contracts expired.  Hoe Young-ji will be continuing her activities with DSP as a solo artist, having just signed with them in 2014 after winning the reality show that gave her the position in KARA.  It is currently being reported that Seung-yeon is in the final stage of sorting things out on starting new, as an actor, with Widmay Entertainment, where many actors are sheltered at. And, Ha-ra seems to be joining KeyEast Entertainment, continuing her role as a singer and perhaps as an actor too.

While we wait to see what the future holds for these ladies, let’s have have a look back at KARA’s rocky journey.


Kara made their debut in 2007 with the single ‘Break It’ from their first album, ‘The First Blooming’. At the time, the group was a quartet featuring Kim Sunghee, Han Suengyeon, Park Gyuri and Jung Nicole. Although the girls revealed a strong image, they didn’t win much of public attraction and faced a commercial failure. However, the name KARA was starting to be known among the public as Seungyeon made many appearances on variety shows.

The next year, Kim Sung-hee left the group due to personal reasons and Goo Hara and Kang Jiyong were introduced. With the new members, 2008 saw a comeback with a new mini album titled, ‘Rock U’ and also changing their style into a new and a better one that seemed to get more attention.  Towards the end of same year, the group returned with ‘Pretty Girl’ and the teaser video reached 40,000 views within 12 hours, seeming to signal that the light of success was finally going to shine on these hard-working ladies.

But the true beginning of KARA’s success was the release of ‘Honey’ in early 2009.  It topped Gaon chart, won the first place award at M! Countdown for three non-consecutive weeks, won the Mutizen Award at Inkiyago, and won the Best Dance Award at Mnet Asian Music Awards in 2009. Watch the iconic video below.

Later that same year, they released the single, ‘Mister’, which was an international success.  For the next 4 years, it seemed that the star of KARA was on the rise and had cemented their place as K-Pop female royalty with such popular releases as ‘Jumpin’’ ‘Step’ and ‘Pandora’.

In 2014 seeming to occur without warning, Ji-yung and Nicole left the group, ending their contracts with DSP. Heo Young-ji made her entry into the group, beating out 6 other trainees and winning the competition reality program, ‘Kara Project’.  August of that year saw the release of the group’s 6th Korean mini-album with the incredibly popular title-track ‘Mamamia’.

‘In love’ was the last Korean album KARA released, the title track ‘Cupid’ did not perform as well as it had been hoped.

Kara then released a compilation album that saw unprecedented success.  This album reached 2nd place at the Oricon’s Weekly Album Chart on the same day of its release, making them the first ever Korean group to break the 100 thousand copies barrier in Japan, since 1990s. The album exceeded shipments of 250,000 copies and was certified platinum.

In 2011, a DVD titled ‘Kara Best Clips’ containing a selection of group’s past music videos, was released making the group the first  Korean artist to be number one for two consecutive weeks at Oricon’s Weekly Composite DVD Chart. Later the single ‘Jet Coaster Love’ topped Oricon’s Weekly Singles Chart on its first week of release and placed at no: 2 on Billboard’s Japan Hot 100.

After reaching a level of success in 2012, the girls held their first concert tour ‘Karasia This tour started in Seoul and then expanded into Japan.  In that same year, they performed at MTV World Stage, Malaysia, as one of the main four acts; also sharing that honor were Jay Park, Mizz Nina and Justin Beiber.

In January 2013, Kara held a successful concert in Japan at the Tokyo Dome, making them the first Korean girl group to be invited to have a performance at this prestigious venue.  The show, called ‘Karasia 2013 Happy New Year In Tokyo Dome’, sold out all 45,000 ticket in 5 minutes.  At this event they announce of their anime series ‘Kara Animation’ which was later aired in both Japan and Korea. 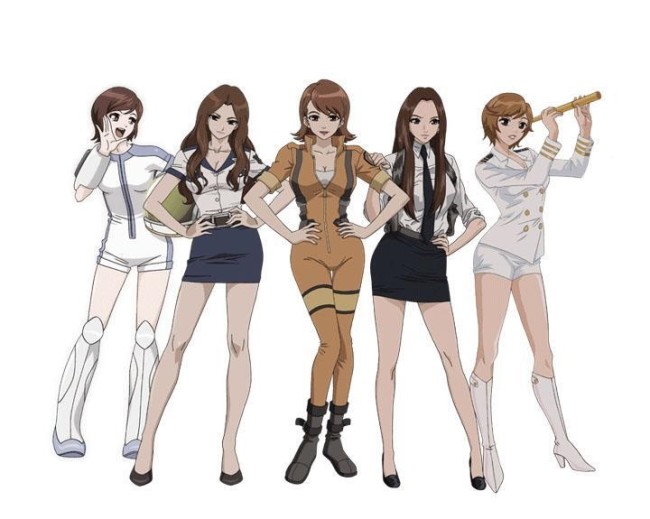 In that same year, the group held their second fan meeting called ‘Kamilia School’.  This event was attended by 24,000 fans and was held at the Yokohama Arena, where the girls became professors of Music, Art and Language.

They were in Japan in September, 2015 as well, participating in their fourth Japanese tour.

Although KARA’s show on the K-Pop stage has ended it is certain that fans will continue to replay the happy memories for many years to come.  When their last album was released, Seung-yeon said that the girls all wanted to reach a new golden era, a comment that is bittersweet now that the time of KARA is over. Perhaps this can be seen as the start of that golden era for the ladies as individuals rather than as members of a group.  Though it is not the golden era KAMILLA’s would have wanted, let’s keep on supporting the girls in any step they take for their future hoping to see them again somewhere in this Korean Music or Korean Cinema world.

Before you go, enjoy some happy memories courtesy of KARA.

Scroll for more
Tap
Possible Comeback Rumours Put To Rest Regarding TaeYeon
ZICO Plans To Show Off A New Face As A Soloist!
Scroll