The group recently attended  the 17th China Music Awards, the largest music awards in China, which was held last April 18th in Macau. Popular groups and artists like One Direction, Adam Lambert and former Super Junior member Hangeng were also present in the ceremony. KARA won the award for ‘Most Popular Group’ after competing with fellow K-POP artists Bigbang, 2NE1 as well as the British boy-band One Direction and other famous celebrities from around the world. 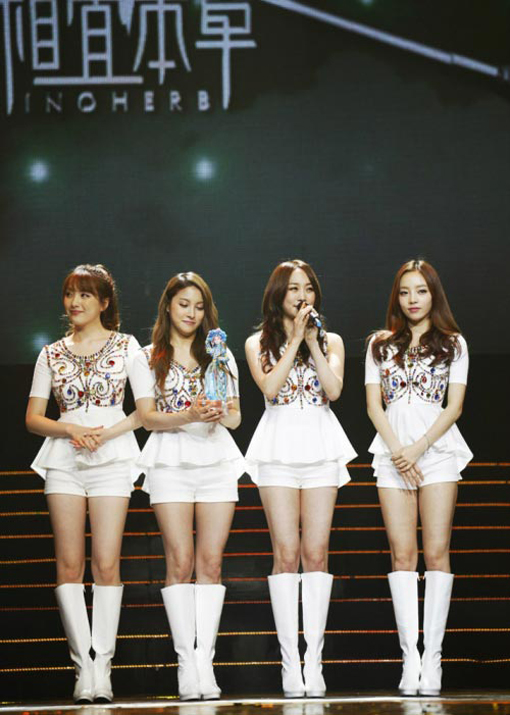 Upon receiving the award the members said,  “We′re very honored to have won this great award. We′ll make sure to come to China again to repay the love sent from our fans in China.”

In related news, KARA will be performing in this year’s ‘Dream Concert‘ along with other top K-POP artists and groups.