K-EXCLUSIVE: KARD brings their wild self to their Melbourne ‘WILD KARD Tour 2018’!

K-EXCLUSIVE: KARD brings their wild self to their Melbourne ‘WILD KARD Tour 2018’!

KARD has begun their Australian tour by performing their hit tracks in Melbourne on April 26th! Fans were buzzing throughout the concert hall as they all anxiously wait for KARD‘s appearance on stage! The exciting atmosphere has people singing along to the music as they all chatter among each other. 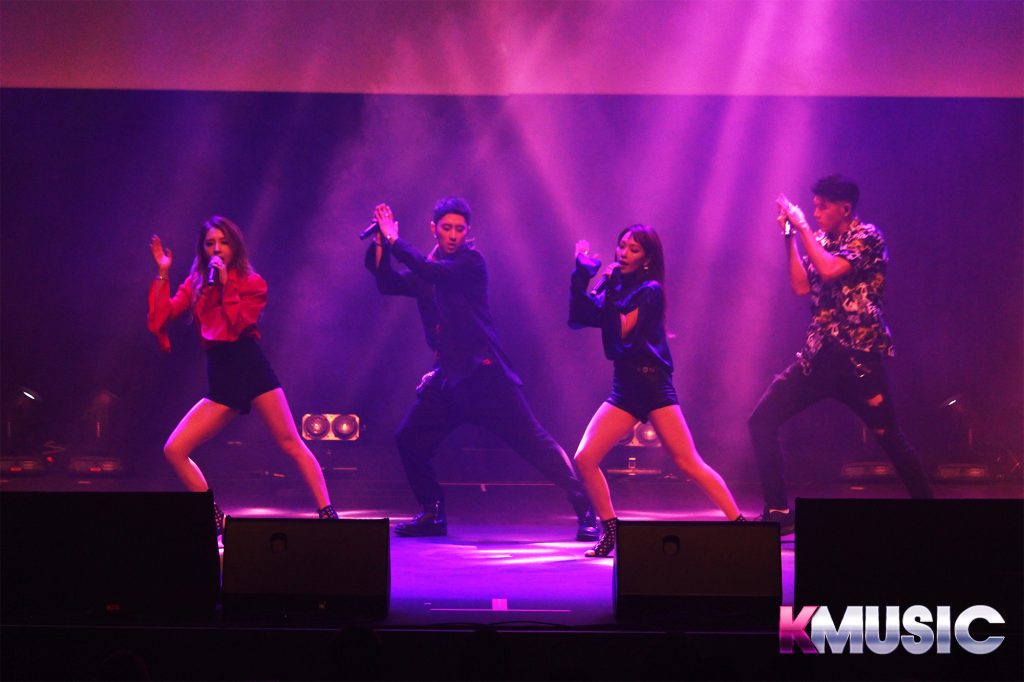 When the lights dimmed, everyone knew that KARD is about to step out and the screams and shouts were deafening. However, nevertheless, KARD looks extremely happy to be here in Melbourne! They kickstarted the concert with an amazing track called ‘Into You‘. It was the perfect track to start the concert since it definitely gave fans goosebumps! The continued on with  their latest title track, ‘You In Me‘, following by their wonderful tracks, full version of ‘Trust Me‘, ‘Don’t Recall‘ and ‘Rumor‘. As this is the first time to have KARD performing in front of their Australia fans, Hidden KARDS were definitely chanting along with the track! They also continue to showcase their enthusiasm for KARD‘s performances. Each dance moves were done perfectly, leaving fans more mesmerised than ever! 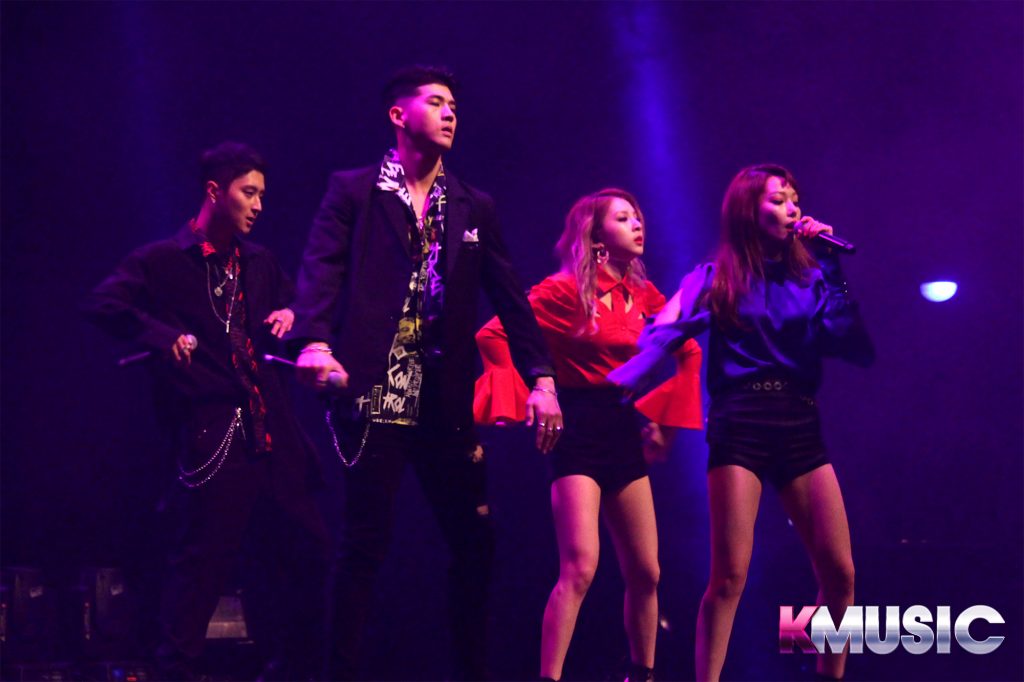 After these performances, KARD sat down with the fans as they talk about their first visit to Australia and Melbourne. Each of them talked about their travel experiences. They had also answered some of the questions that fans submitted beforehand! This definitely brought KARD and their fans closer than ever! Some of the questions were: 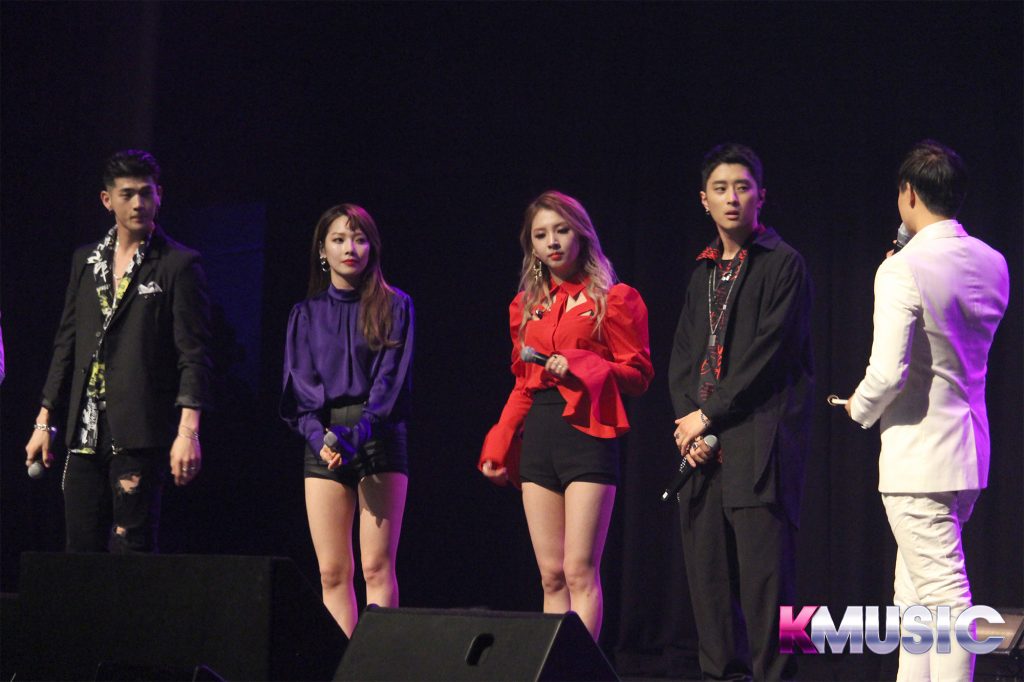 Q: what did you want to become an idol singer?

Somin‘s answer: I loved music shows since I was young so that is the main reason. I also went to a dance academy to learn how to dance and now I am part of KARD! 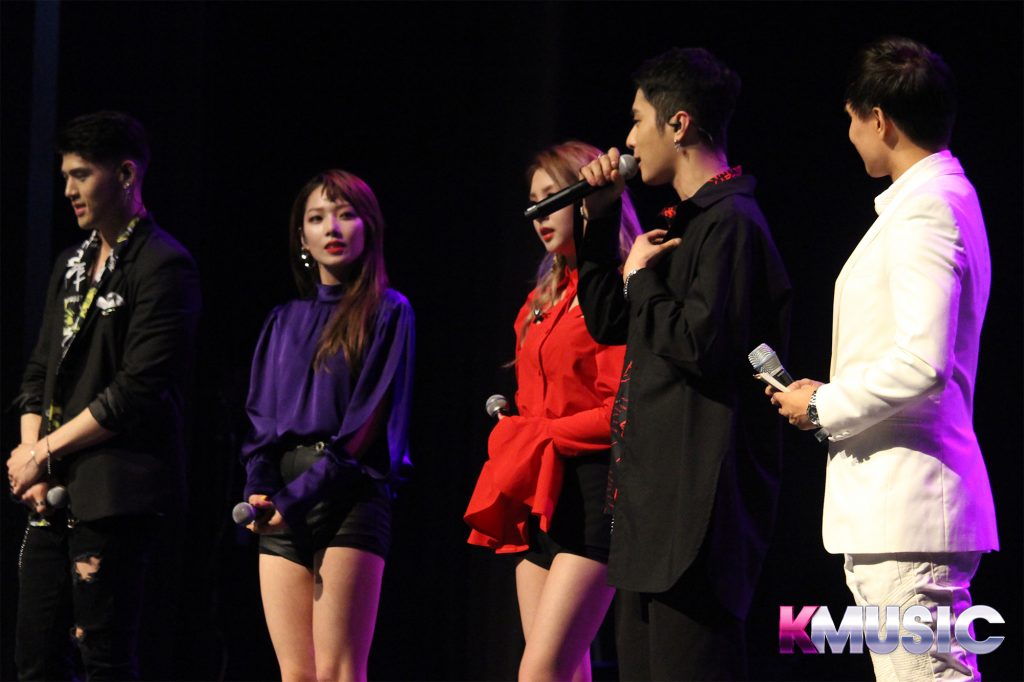 Q:What inspires you the most?

J.Seph‘s answer: I got inspiration from NCT.

Other answers they gave included Jiwoo wanting to come to Melbourne to film a music video and BM wanting to collaborate with TWICE since they are bubbly and cute. 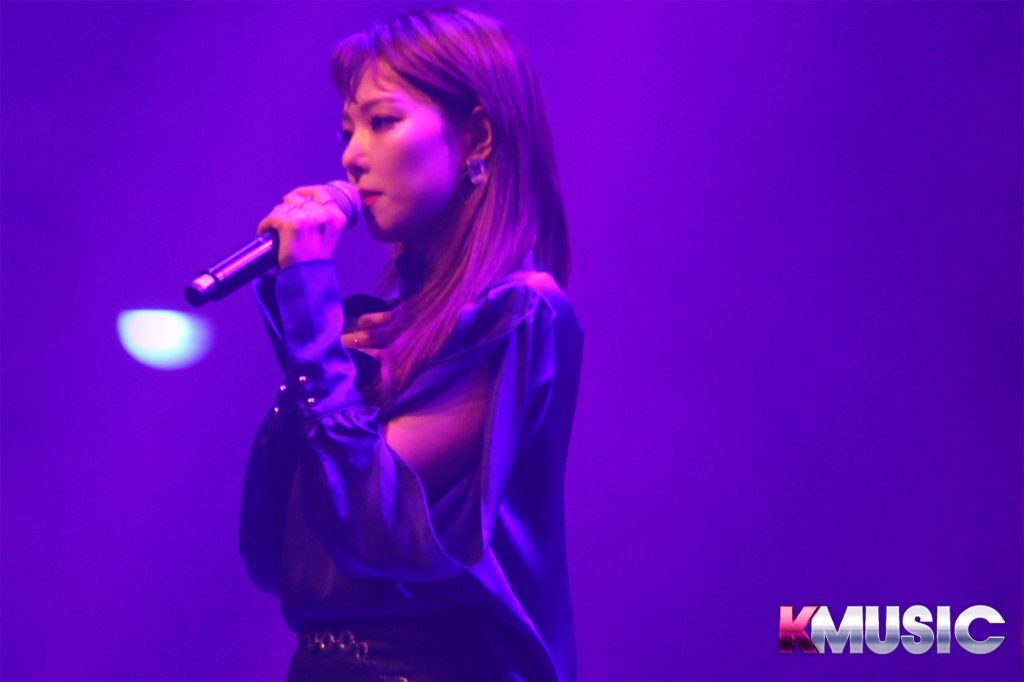 After this calming session, KARD returns individually as they bring their own charms to the stage. Somin was the first member to perform and she did a cover of Taeyeon’s ‘Fine‘ . We get to see her flawlessly sing and touching many hearts with this track. She also revealed that she had gotten teary while singing since due to the fans’ continuous cheers and support throughout the track. What was so special about this moment was that fans took out their phone’s flashlight and waved it in the air! It definitely was very touching! 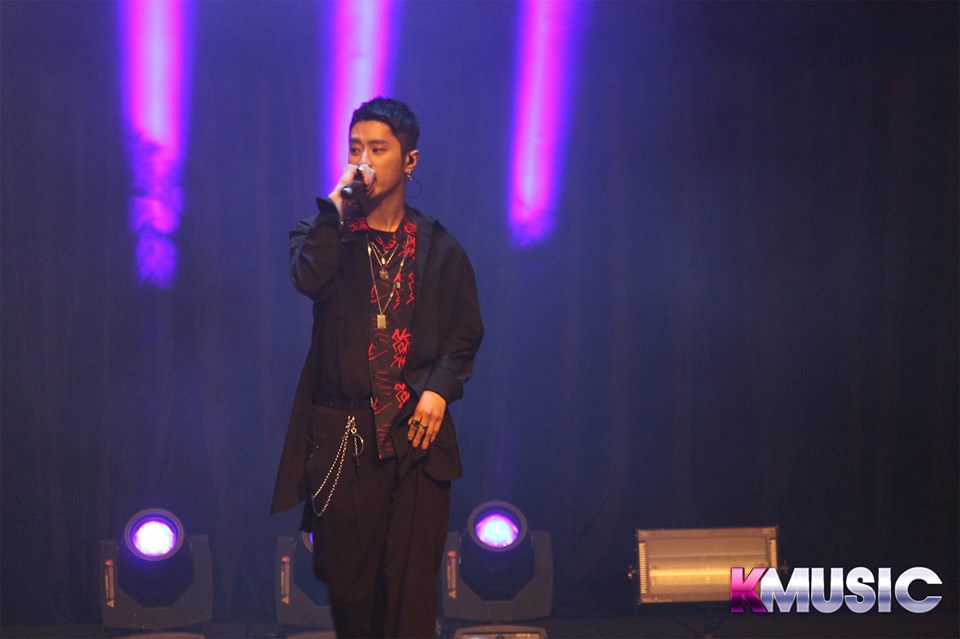 J.Seph was next to show off his incredible rapping ability with his own rapping solo. He went for a soft and sexy vibe before spitting fire lyrics. It was definitely a moment to admire! 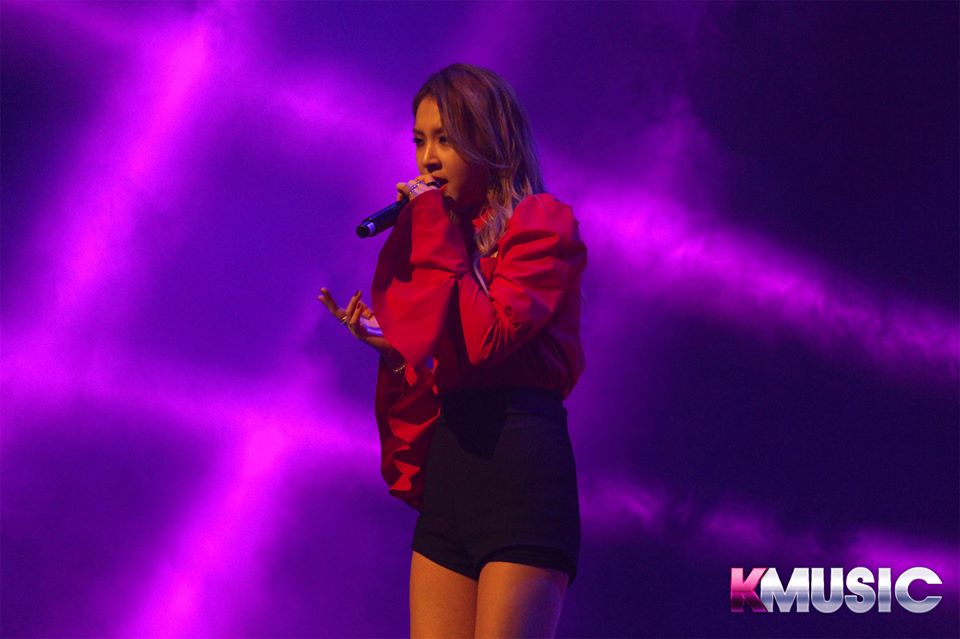 Jiwoo did a fun cover of WINNER‘s ‘Really Really‘ that has everyone chilling to the vibe. On top of that, it was the kind of track that had the whole audience singing along with her and seeing her dance of stage while doing both the singing and rapping had fans admiring her even more! 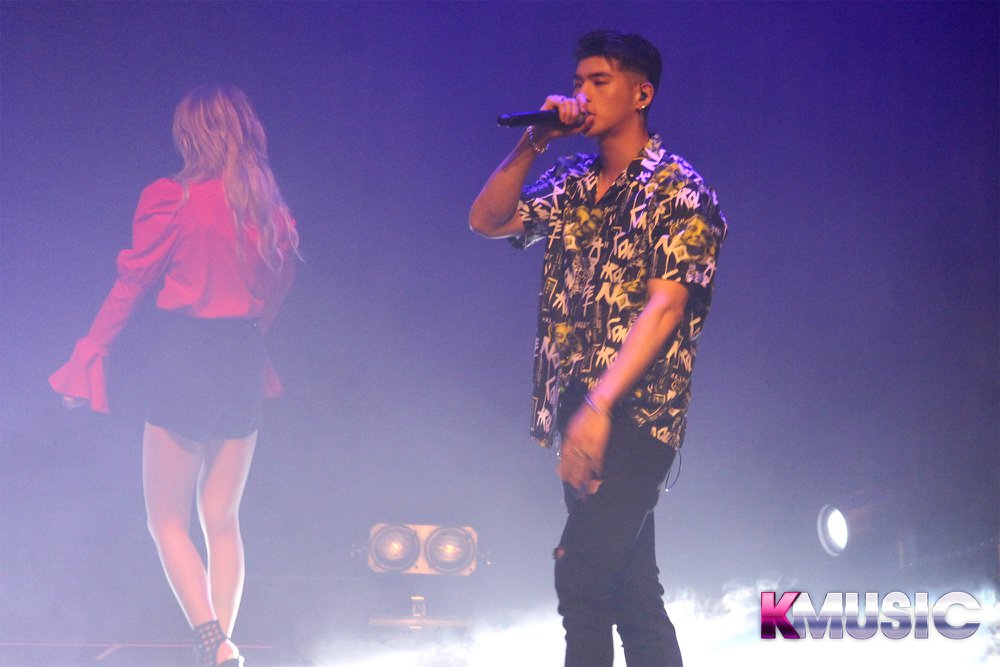 Finally, B.M ends all individual performance with his rap solo, ‘Living Good Part 2‘. He was great with his adlibs and random dance movements. It is this moment that fans are falling deep into B.M’s charms, if they had not yet already. 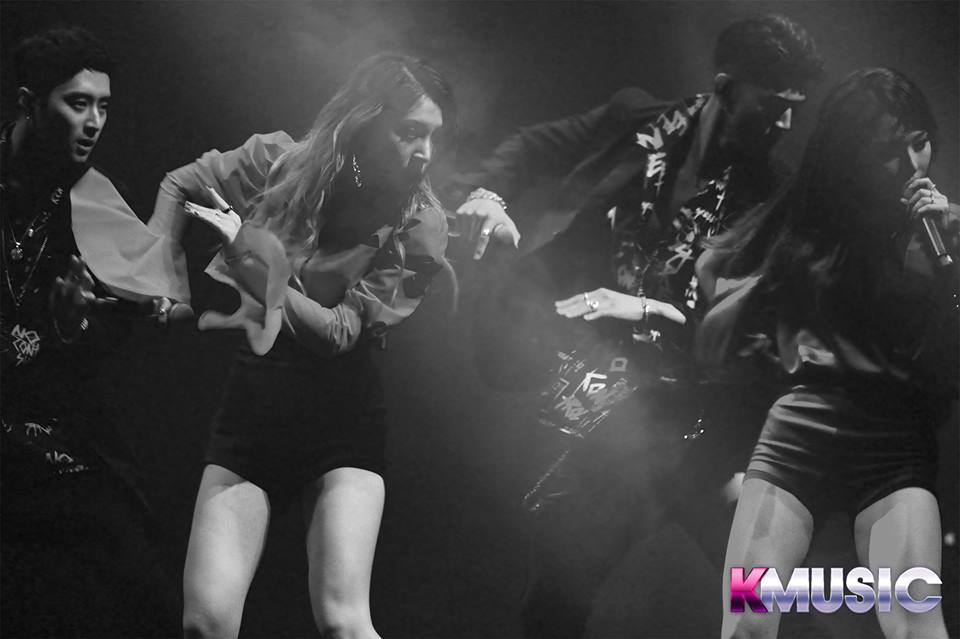 As the vibe is still so high, they have invited four lucky fans on stage for a dance battle that had won over the crowd. They had each won a signed KARD‘s polaroids. Next, they also had four other fans up on stage to play a little game with the members that have the whole crowd jealous yet still cheering on the others for support! Every reward from the dice is worth it including a signed CD, a personal group photo with KARD, a beautiful personalised morning call from Somin and finally a serenade from J.Seph. It was one in a lifetime moment to see and every moment was worth it! 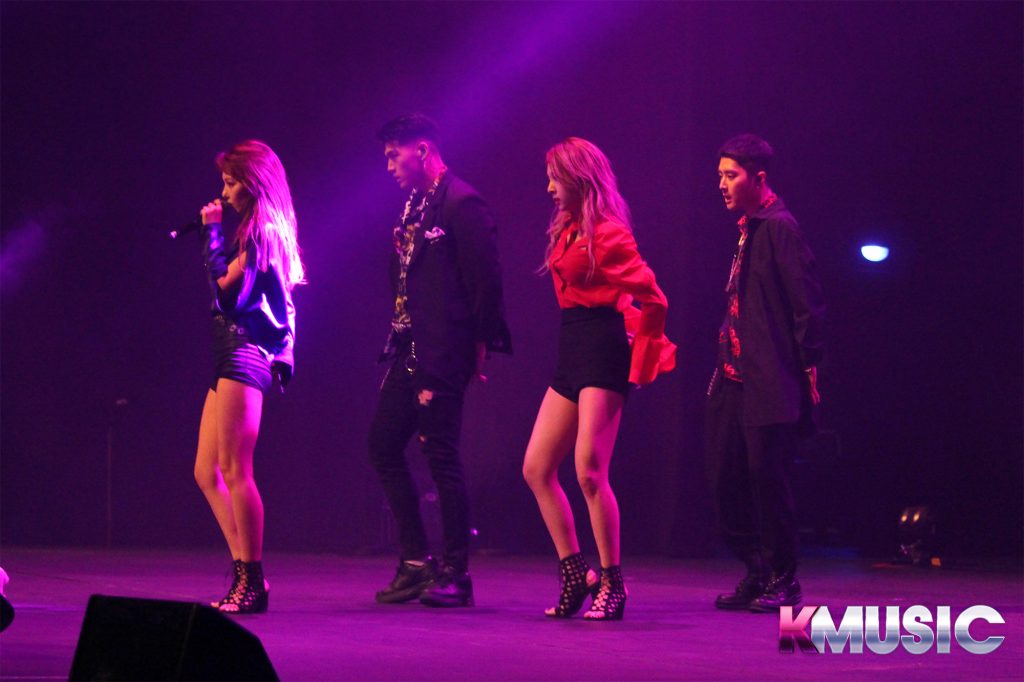 It almost feels like it’s the end where KARD talks about their goals and what fans should anticipate this year. They all talked about been thankful for fans’ continuous support and they will be happy to return back to make more memorable moments with their Australian fans! 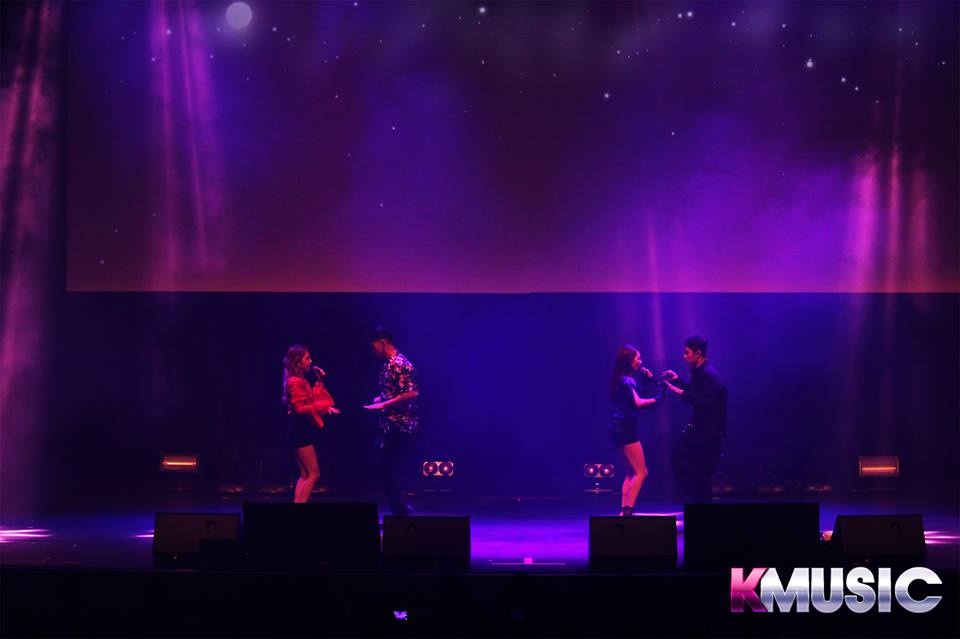 However, this did not stop the fans from continuing fangirling and fanboying over their group covers of great tracks including Ariana Grande‘s ‘Side To Side‘ and Bruno Mars‘ ‘24K Magic‘. They showed their great performance, where fans were able to sing along to the track. This definitely built more excitement and energy in the room! Every Hidden KARD was feeling the vibe and were in it together! 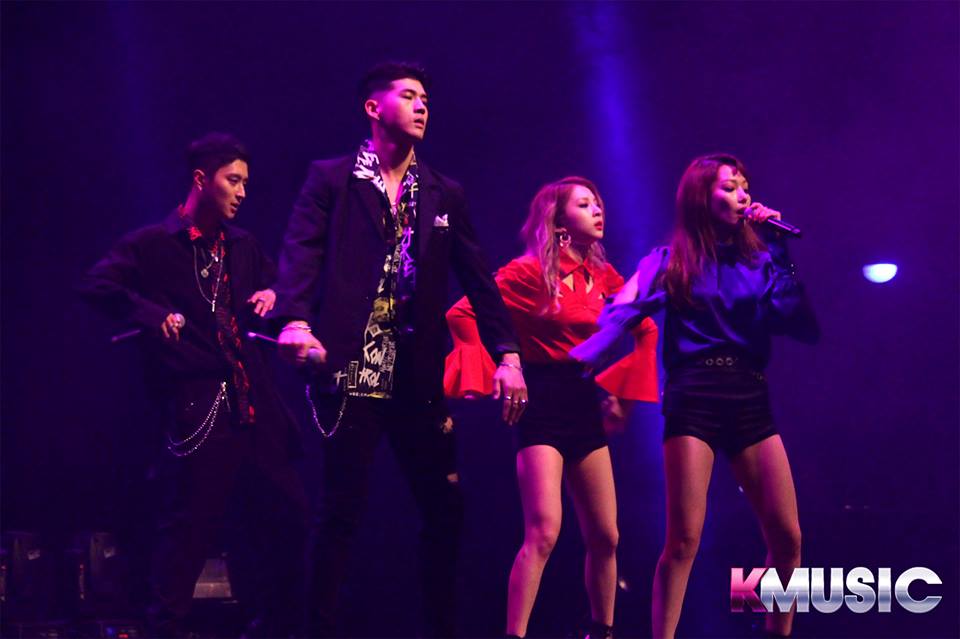 Finally, with so much energy in the room, they had performed ‘Hola Hola‘ where fans were definitely fans chanting along with the track. When the members disappeared off stage, fans began screaming out “Encore Encore” where this is the final signal for KARD to return and perform two more tracks! The last two tracks were ‘Oh NaNa‘ and ‘Living Good‘, which was a perfect end to the short-lived concert!

Finally, to end the whole concert with a happy note, they kneeled down for many beautiful group photos with the fans! It definitely was the perfect end for Melbourne with many memories to be cherish!

We would like to thank Fasttrack Events and DSP Media for giving Officially Kmusic the chance to cover this amazing event and bringing KARD to Australia. We hope to see KARD back in Australia Soon. They will be heading to Sydney on April 29th! So stay tuned for the Sydney coverage!

Also, be sure to check out the photo album here!