KBS Has Special Collaboration Lined Up With 50 Idol Group Members For 2016 Gayo Daechukje!

KBS Has Special Collaboration Lined Up With 50 Idol Group Members For 2016 Gayo Daechukje! 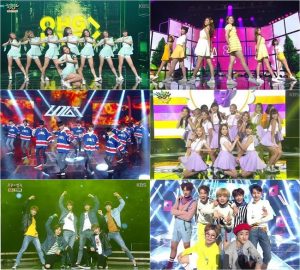 It seems like this year’s Gayo Daechukje (KBS Song Festival) will be having a special collaboration stage! KBS recently announced that 50 idol group members from 6 selected K-pop groups- Oh My Girl, LABOUM, UP10TION, WJSN, Astro, and NCT Dream will be teaming up together for an epic performance. These recently debuted idol groups will be performing together on a large scale for this special stage titled, ‘Rising Stars!’