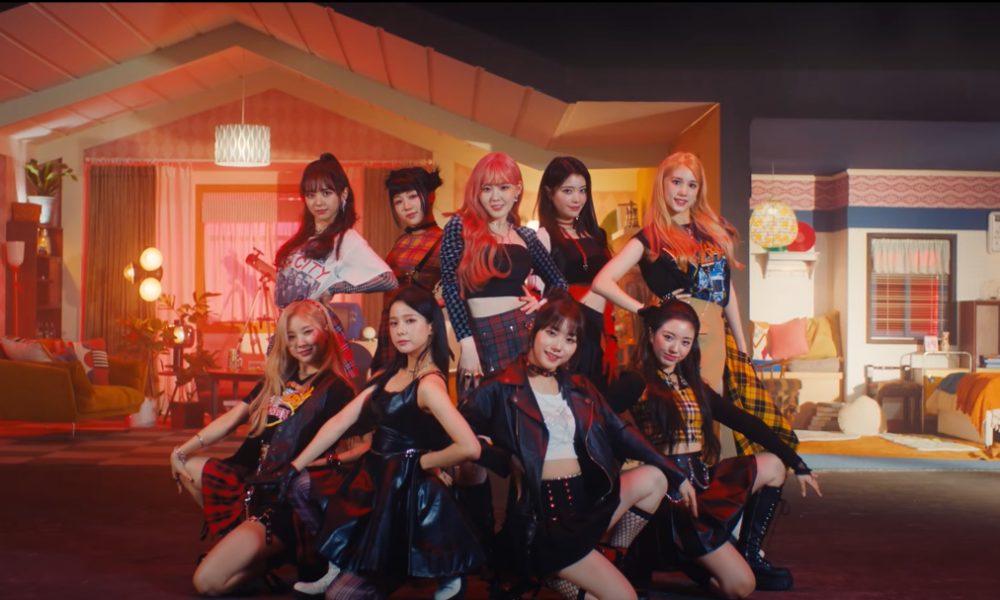 It’s finally January 3rd! Kicking off the first group debut, KEP1ER released their first music video for their title track, ‘WA DA DA’. Originally planning to debut in December 2020, one staff member contracted COVID-19, resulting in two members of the 9 member lineup to also get the virus. With the members well and healthy, the group finally made their official debut.

Formed from Mnet‘s trainee survival show, Girls Planet 999, the show included 33 South Korean, Japanese and Chinese each. With 99 total participants, the top 9 debuted as this new group. The group is managed with a collaboration between Swing Entertainment and Wake One Entertainment. The members include Chaehyun, Huening Bahiyyih, Yujin, Dayeon, Youngeun, Yeseo, Hikaru, Mashiro and Xiaoting.

The nonet also simultaneously released their 1st mini album, ‘First Impact’. Containing 6 tracks, these notably include the aforementioned title track, and the group’s versions of the theme song from Girls Planet 999, ‘O.O.O’, and the finale songs, ‘Shine’ and ‘Another Dream’.

Watching the MV, we see the members able to teleport between various locations. The CG effects also help transition us between the different sections of the track, giving it an amped dynamic feel. The girls look beautiful as they swap styles from a teen crush black with plaid, to cuter pink attires. The contrast between these looks match perfectly with the song’s assured mood changes from a hard heavy synth to an explosion of energy in the parts of the chorus.

How do you feel about the group’s first impact and long awaited debut? Let us know in the comments below!

Scroll for more
Tap
New Year´s party playlist from KMUSIC
Yuna and Shaun are gearing up for a breathtaking collaboration!
Scroll