Kim Chung Ha‘s official solo debut date has finally been confirmed. After revealing her pre-release track, ‘Week‘, it surely has caught many people’s attention! It surely has fans super excited for her debut. She will be making her debut with a mini album on June 7th! So, prior to her debut, Chung Ha gets fans ready with a debut schedule! Check it out below! 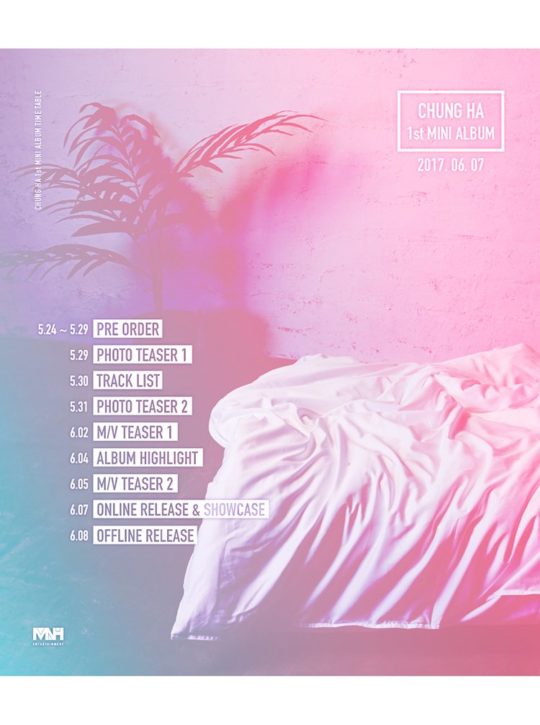 She will be releasing two photo teaser on May 29th and 31st, a tracklist on May 30th and the music video teaser on June 2nd. She will continuing teasing with an album highlight and another video teaser on May 4th and 5th. Finally, the online release and showcase will be on June 7th! She has a lot of things planned for her debut, so be on a watchout for these teasers! Meanwhile, her physical album will be available on June 8th!

Chung Ha’s debut will be on June 7th! Are you excited for Kim Chung Ha’s official debut? Let us know in the comments below!