Kim Donghan has released a new lyrics image teaser for ‘Good Night Kiss Me‘. This is the title track of the former JBJ member’s upcoming second mini album ‘D-NIGHT‘. It will be released on October 17th at 6pm KST. ‘D-NIGHT‘ is a continuation of his debut mini album ‘D-DAY‘. He has recently uploaded a time lapse teaser of him working on the lyrics for his upcoming mini album.

Check out Kim Donghan’s lyrics image teaser for ‘Good Night Kiss Me’ below! 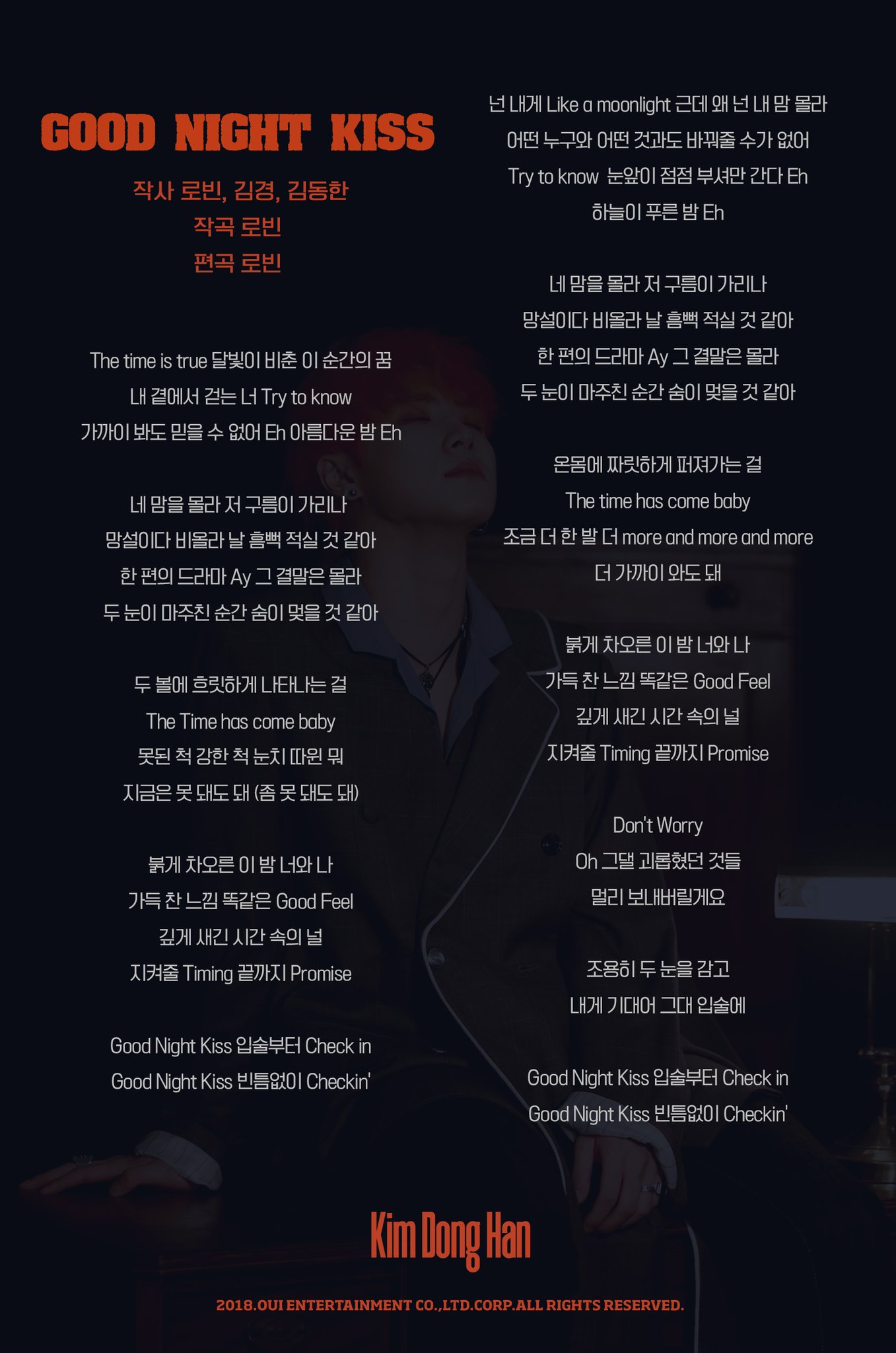 The lyrics are written in white text against a black background. If we look closely, we can see a faint picture of the singer himself. The title and details of the song are written in red text. ‘Good Night Kiss Me‘ is a romantic song about a sweet and powerful confession of love.

What do you think of Kim Donghan‘s lyrics image teaser for ‘Good Night Kiss Me‘? Let us know in the comments below!