Kim Donghan is soon to officially embark on the path of a solo career. Marking the start of this journey, Donghan‘s debut album ‘D-DAY‘ is coming out on the 19th of June. And with this date almost upon us, Donghan gives fans a sneak peak into his album by revealing the track list and the highlight medley. First, check them out below. 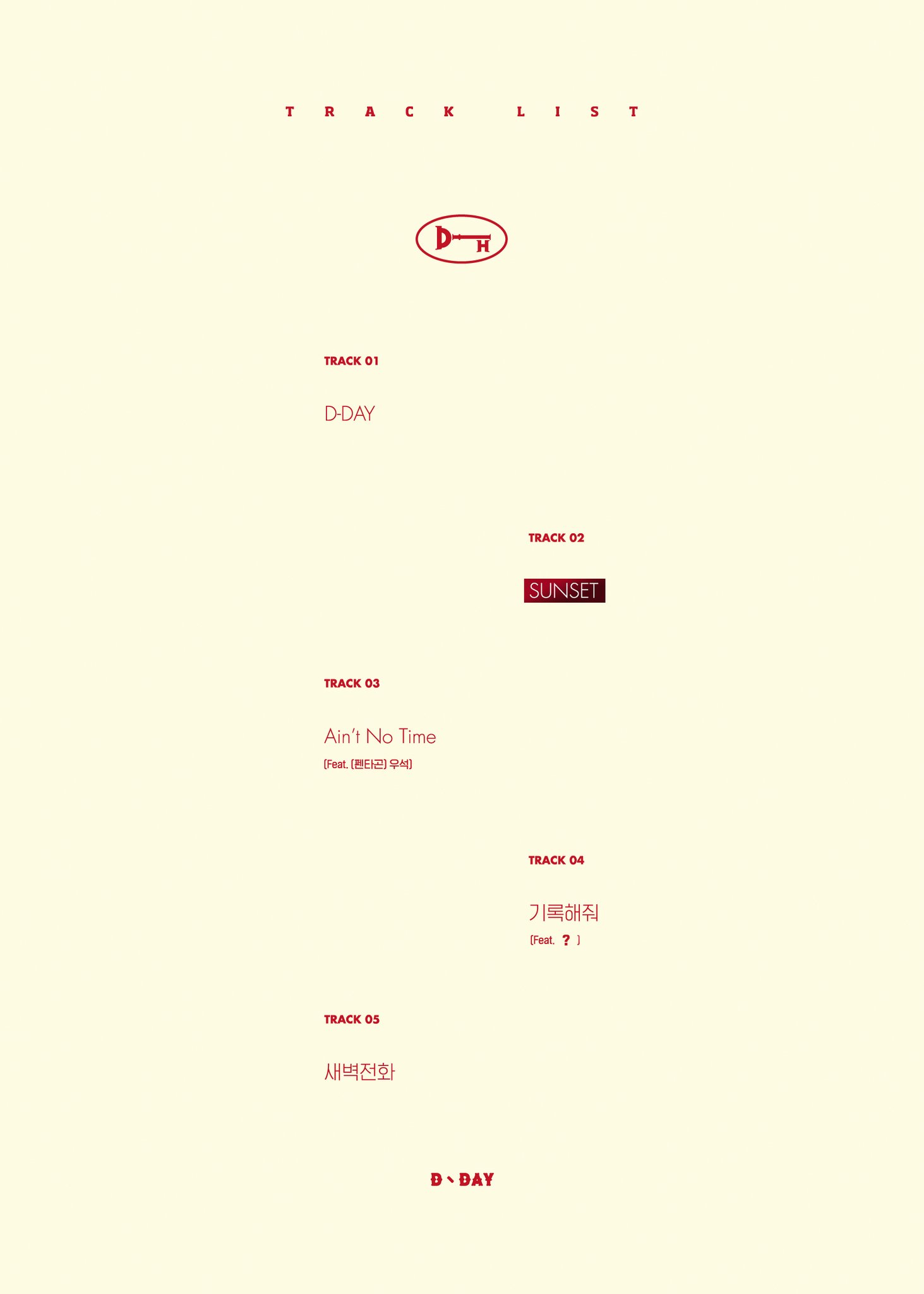 As a mini album, ‘D-DAY‘ comprises five songs in total. The second track ‘SUNSET‘ is the title track. To spice the album up, the third and fouth tracks will have two separate artists featured in them. One of them is PENTAGON‘s Wooseok, who will be rapping in track 03 ‘Ain’t No Time‘. As for the other featured artist, no one knows who it is yet. Donghan has apparently decided to include an element of surprise in his album. The simple question mark substituting the name of the artist has caused curiosity in Donghan‘s fandom to shoot through the roof.

Even from this short highlight medley, the diversity in the album is obvious. It is a perfect combination of various genres–from ideal-for-dancing electro-pop to mellow ballad–that is sure to keep the listener hooked from the start to the very end. The songs also elegantly show off Donghan‘s voice and highlight his admirable vocal range. Overall, from what can be seen in the medley, the album sure seems like a well-produced one.

Do show Kim Donghan lots of love and support on his debut as a solo singer on the 19th of this month. Keep following Officially Kmusic for future updates.