Kim Hyun Soo and Woo Jin Young have both released previews of their solo tracks on their upcoming special mini album ‘Present‘.

‘Present‘ will contain the title track ‘Falling In Love‘ as well as a solo song from each member and instrumental tracks.

Kim Hyun Soo‘s solo track is called ‘It’s You‘, and it is reported to be an emotional ballad.  In the teaser clip, he can be seen putting his all into performing the track with his amazing vocal.

Woo Jin Young has also released a teaser clip of his solo song ‘Which Star Are You From?’.

‘Which Star Are You From?‘ has a chill vibe and smooth R&B overtones in the clip that we get to hear, it also features Kassy adding her stunning voice to the vocals.

Listen to Woo Jin Young’s solo track ‘Which Star Are You From?’

The lyric teaser was in the form of handwritten notes by the two members Kim Hyun Soo and Woo Jin Young. 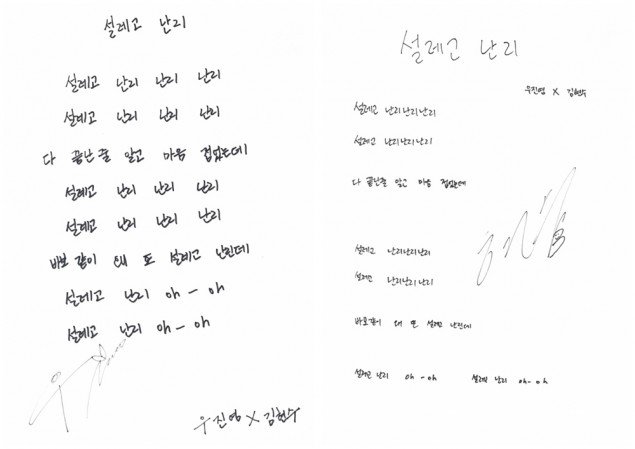 What do you think of their solo tracks ‘Which Star Are You From‘ and ‘It’s You‘?  Do you have a preference?  Let us know your thoughts in the comments below.