It has been announced that ‘Big Picture’ will air its first episode on September 4! ‘Big Picture’ follows the pair, as they explore their blockbuster-scale ideas, leading to crazy situations and unexpected events that they must figure their way out of!

Veteran Yeo Woon Hyuk will serve as the Producing Director of the show; his latest foray since being PD of popular shows, ‘Infinite Challenge,’ ‘War of Words’ and many more. It will also be co-produced by Mystic Entertainment, SM C&C and Kim Jong Kook and HaHa themselves. 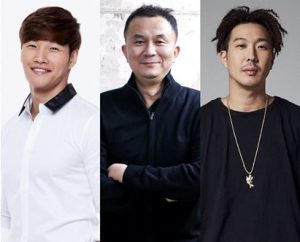 After its debut on September 4, the show will air on Naver TV and V Live at 6PM KST every Monday, Tuesday and Wednesday.

Follow Officially Kmusic to stay up to date with the latest Korean Entertainment news!