For all the Running Man fans in the United States, Kim Jong Kook and HaHa from the popular variety show will be visiting New York and Dallas for their RunningMan Bros‘ tour! These two are a part of the original Running Man cast, and have been bringing us lots of fun and laughs since the beginning. Don’t miss your chance to see their antics live!

These concerts will be held in Mid-December, so if you happen to be visiting Dallas or New York or reside in the area, make sure to check it out! The dates are December 12th for New York, held at Colden Auditorium, and December 14th for Dallas, held at Gilley’s Southside Ballroom. Tickets are available now through Ticketmaster with several options available, so make sure to get yours as soon as possible if you plan to go!

We wish Kim Jong Kook and Haha the best of luck on their tour! Stay tuned for more updates! 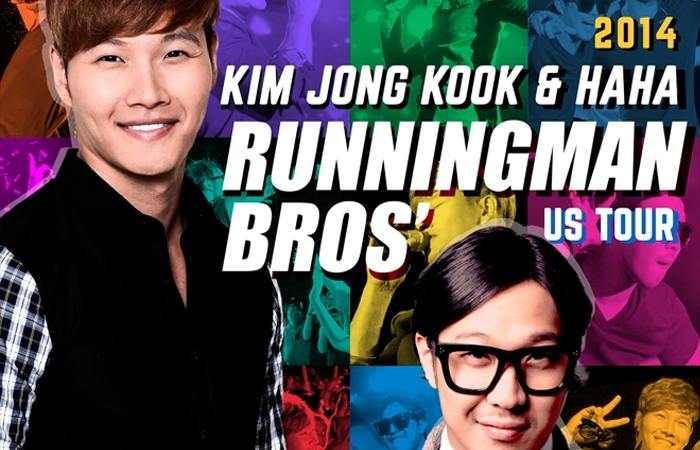