Kim Woo Bin Opens Up about his Rookie Years

Kim Woo Bin Opens Up about his Rookie Years

Kim Woo Bin went through a lot to be in the position he is right now. In the most recent episode of SBS‘ “Incarnation”, the actor talked about his rookie years.

He said: “When I first came to Seoul to start model work, I felt bad asking for financial support from my parents, so I lived in the sauna for about six months.” He also explained that he did a lot of model work, but his company was going through tough times and did not pay him.

Kim Woo Bin shocked everyone, saying that he used to fill his stomach with water because I didn’t have money to pay for food and snuck into the saunas since he didn’t have any entrance fees.


He shared: “I’m so happy now though. I’m doing things that I wanted to do.”

Woo Bin later explained what gave him strength during these hard times: “My favorite phrase is, ‘God only gives struggles to people who can overcome it.’ I saw it in a book and it helped me out so much.”

The company Woo Bin used to work with ended up collapsing with the CEO running away with all the money. Luckily, Kim Woo Bin was able to get signed with a better company with trustworthy staff. 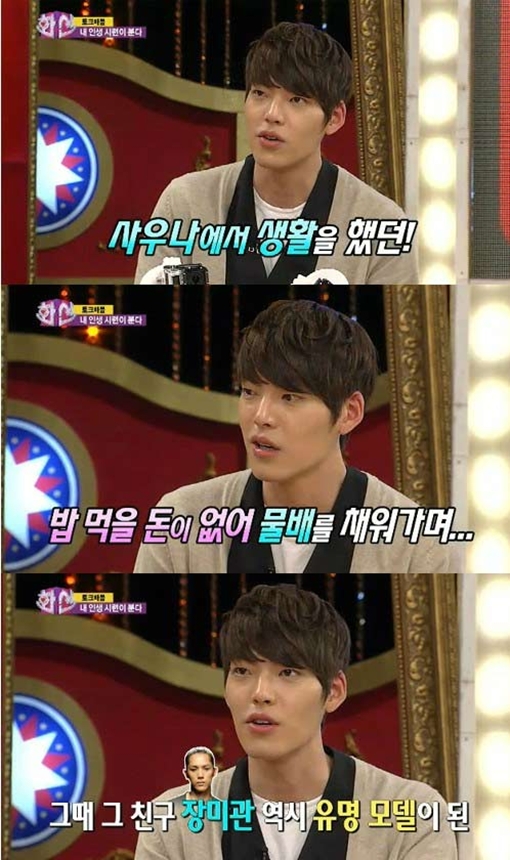