Actor Kim Woo Bin will be helping his label mates, 2EYES, and will be appearing in the drama version of the group’s music video for “Don’t Mess With Me.”

SidusHQ wrote on their official Twitter, “This situation where Woo Bin and 2EYES’s Hye Rin are aiming their gun and fist at each other! How did this happen? If you’re curious, make sure to check out 2EYES’s drama version music video of Don’t Mess With Me!”

The exact date of the release of the drama version music video is yet to be announced. 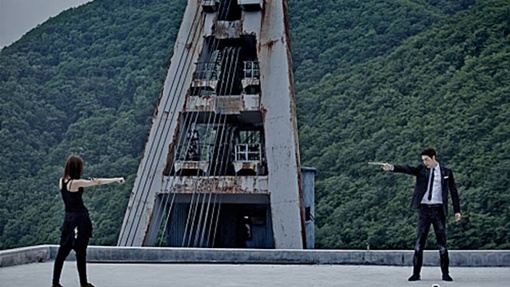