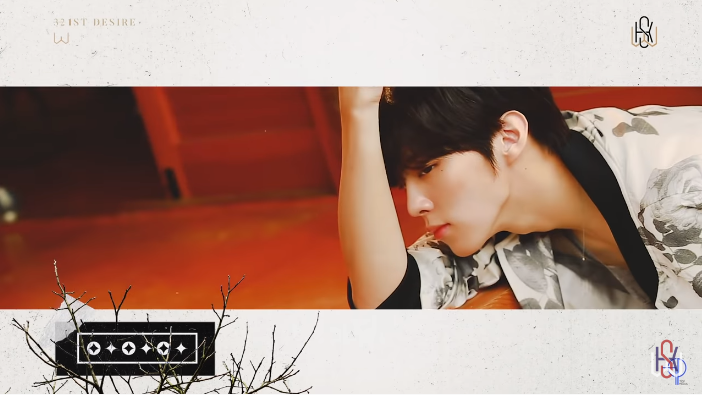 Between May 13th and 15th, UP10TION and former X1 member Kim Wooseok released three short films for his upcoming solo album, ‘1st Desire [Greed]’. Check them out below!

In the films, we see the soloist making sexy stares with the camera, with his expressions and overall feel being charismatic. He shows off his sharp jawline, which elevates his visual along with three different outfits in each respective film. The first features an all black suit where he also sports a neck tattoo in Latin. The second film shows a more casual black and white jacket, whilst the third is an all white translucent lace jacket.

All the films feature the same instrumental in the background, with the sound of a distorted synth and beat, increasing intrigue around the title track’s overall tune.

Kim Wooseok‘s debut solo album, ‘1st Desire [Greed]’ will be released on May 25th! More teasers such as MV clips, highlight medleys and album track list will be uploaded in the coming days.

How do you feel about Kim Wooseok‘s short films? Let us know in the comments below!