KMUSIC at Lee Min Ho’s ‘My Everything’ Concert in Manila

KMUSIC at Lee Min Ho’s ‘My Everything’ Concert in Manila

Filipino fans of Lee Minho surely had the time of their lives last Saturday, July 6th.

On July 6th, the Korean superstar Lee Mino held his Manila-leg of his 1st concert tour ‘My Everything,’ which was held at the Mall of Asia Arena.

Hundreds of fans flocked the venue and waited in anticipation for their idol. To begin the concert, clips of Lee acting in his dramas — the more common being ‘Boys Over Flowers’ – were screened. The clips teased the fans well enough to make them chant Lee’s name. 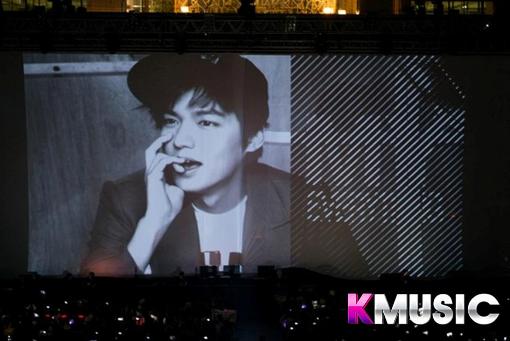 Shortly after, Lee opened the show with his title song ‘My Everything.’ He sang with full of emotions. The scene was spectacular: the dangling lights meshed well with the atmosphere Lee created through his singing. 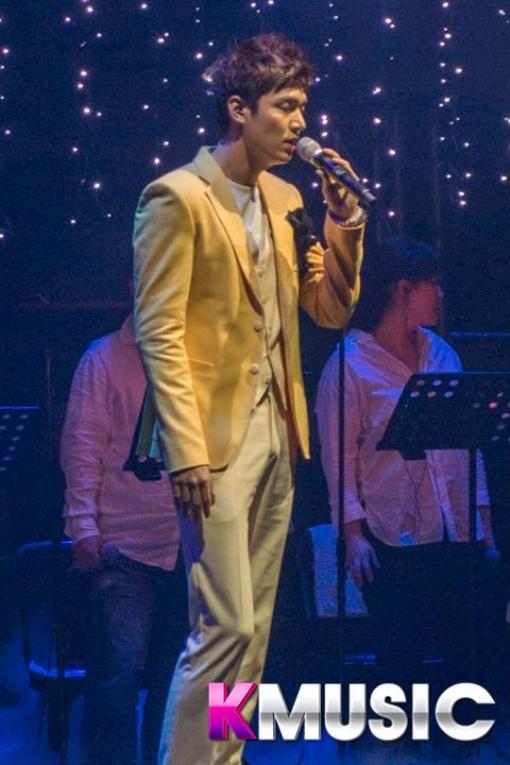 After the opening song, Lee transitioned to a more playful performance of ‘You and I,’ during which the fans saw him riding a bike, dancing and singing sweetly to a girl during his part. The performance looked like a musical, in which Lee acted as the lead actor. Fans were screaming from their seats as they witnessed Lee’s cute and playful antics. 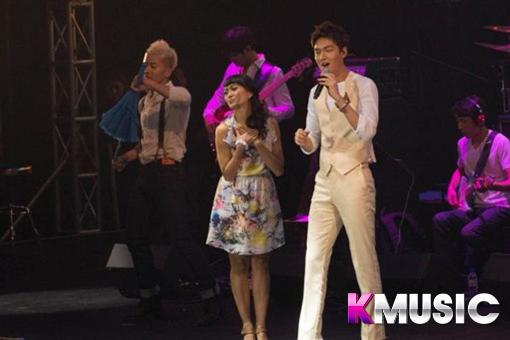 A short segment with the MC came after. In this part, fans got to know Min Ho better through his ‘Secret Profile.’ The segment was a way of getting to know the facts about Lee Min Ho that fans haven’t encountered before. The questions mostly revolved around Lee’s own encounters with Filipino culture.

First question was, “What is the most recent Filipino word you learned?” Lee replied, “Maganda,” which means ‘beautiful‘ in English. He said he wanted to use the word when he sees a beautiful Filipina. 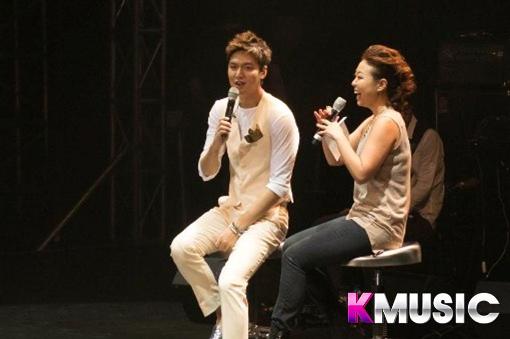 Second question was, “What is the first Filipino food you tasted upon arriving in Manila for the second time?” Lee mentioned a dish that resembled hamburger, which the fans and the MC insisted to be not Filipino. Lee then returned to the fact he earlier mentioned about tasting kare-kare for the first time during this visit.

Third question was, “What do you like about Manila?” Lee answered that the mixture of metropolitan feel and nature, particularly the presence of bodies of water, in this city makes it likable. 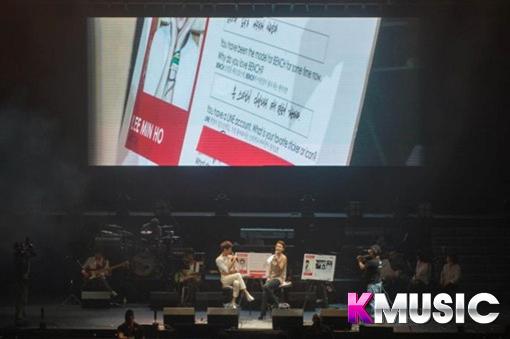 Being one of the brand’s global ambassadors, for the fourth question, Lee was asked on what he liked about Bench. He talked about his admiration towards the brand’s versatility, the ability of the brand to cater to all kinds of styles and fashion.

Knowing that Lee uses the Line app, the MC asked him which is his favorite sticker or icon. Lee revealed a gloomy-looking sticker, which he said was perfect for asking his fans to cheer him up. 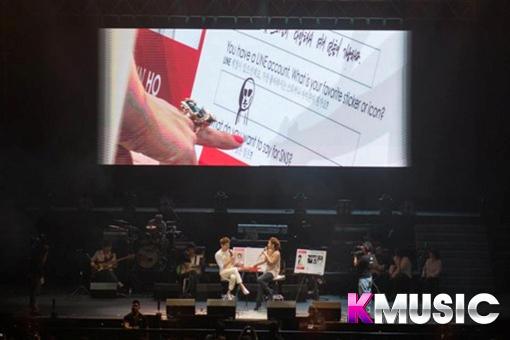 To close the segment, the last question was, “What do you want to say online tonight?” The MC was referring to the latest update Lee will be making in his account. The question was to let the immediate fans have the latest scoop on his social media account. Much to the delight of Filipino fans, Lee said the update will consist of him asking, “Masaya ba kayo?” what means “are you happy?”

To continue the show, Lee sang another of his ballads called ‘Pieces of Love.’ 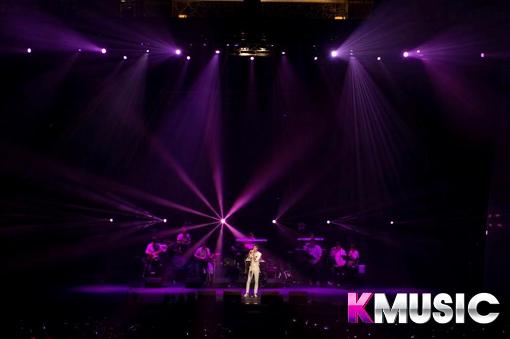 While Lee was preparing for his next performances, the K-Pop trio Monsterz appeared on stage and hyped the crowd with party-like performances of ‘Hang Over’ and ‘Banana.’

A VCR, which consisted of outtakes from his previous shoots, was shown. After the VCR, Lee appeared donning a rock star attire with a pair of shades, studded blazer and crisp white pants. He performed and danced the upbeat tracks ‘Love Motion’ and ‘My Little Princess’ from his album. 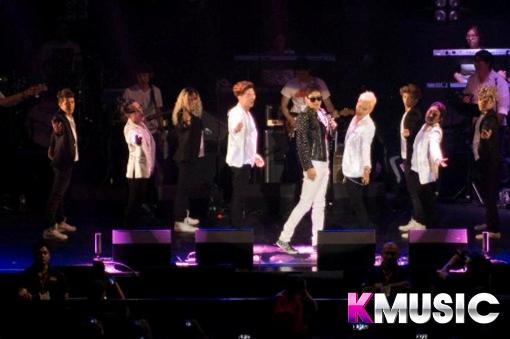 A raffle segment with the MC and Lee followed after. 11 lucky concert-goers got the chance to claim freebies, see and hug Lee up close. They were also allowed to say their messages to Lee. One of them showed her dedication by singing a snippet of a Filipino love song.

Just when Lee’s performance of ‘Without You’ was thought to be the last, the fans were led to an encore! Lee serenaded the fans with ‘Say Yes,’ a fitting farewell to his dedicated Filipino fans. 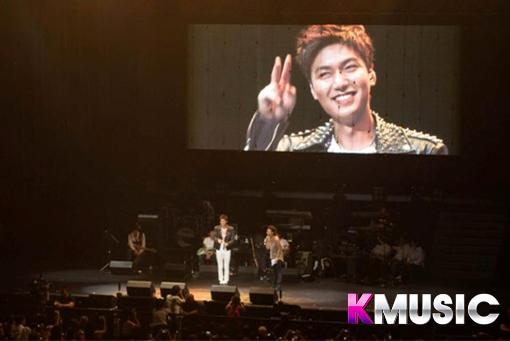 Although Lee had to end the concert and leave for Korea, he assured the fans that he will be returning to Manila again soon.