CNBLUE’s 1st World Tour ‘Blue Moon’ live in Malaysia garnered much excitement from Malaysian Boice, especially with the concert being the first by CNBLUE in the country.

Even with hours before the concert was set to begin, Malaysian Boice had filled the whole stadium within minutes. 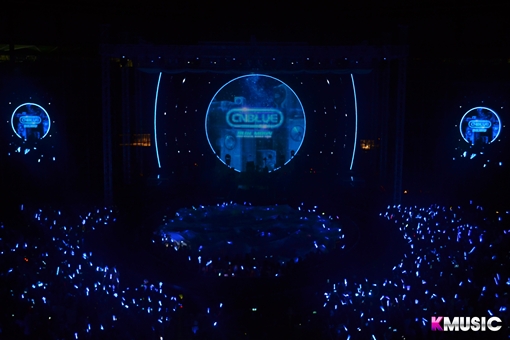 Before the boys made their appearance, an introduction video of the members was played. Officials even explained about the donation the boys had recently made to build a school for poor children. Koujee, a special guest, then gave a beatbox performance for the fans as a warm up act.

CNBLUE finally appeared and their opening act was the song ‘Where Are You’ which involved a lot of participation from the fans as they started cheering and singing along. 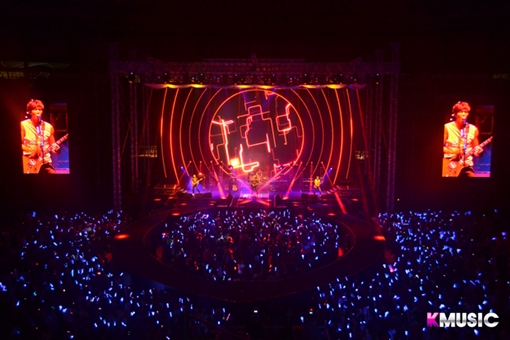 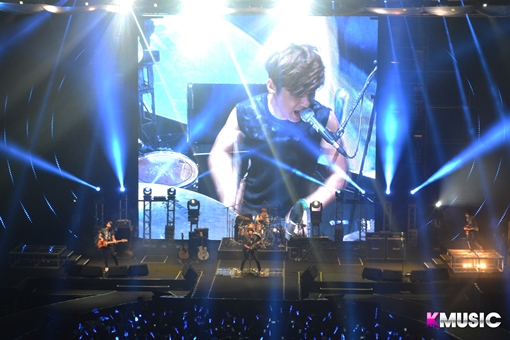 Our dashing energetic boys did not just preform, but they got connected with the each and everyone of their fans there. The bright smiles never left from the boys faces the whole night. They communicated with fans in between the breaks of their songs and never failed to keep the fans going wild.

To get closer to the fan’s hearts, the boys even spoke Bahasa Melayu during the concert and it wasn’t only the usual words such as ‘Apa Khabar?’ which means ‘How are you?’ or even ‘Kami Cinta Kamu’ which stands for ‘We love you,’ but they spoke a long sentence of Bahasa Melayu to express how delicious the food in Malaysia were. The boys also expressed how much they love Nasi Lemak and Satay since they kept going on and on about how delicious the two local dish were especially Minhyuk with Satay. 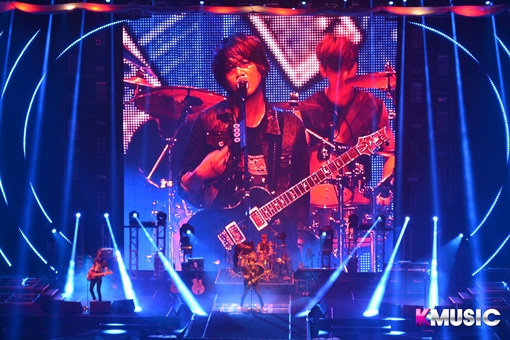 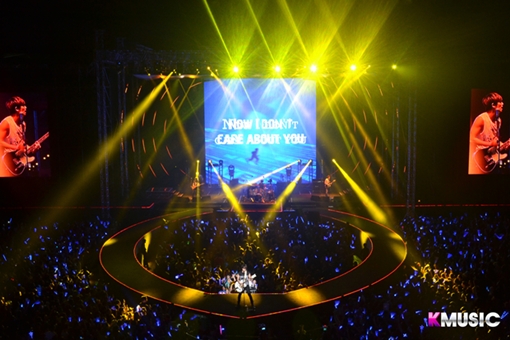 As the concert moved on, Yonghwa told the fans that it’s time for ‘love songs’ and as they performed ‘Love Light’ you could see a banner of Yonghwa and his virtual wife, Seohyun from Girls’ Generation, which made Yonghwa blush. Once again, the boys really know how to make their fans fall in love with them with their performance. They ended their concert with ‘I’m Sorry’ which made the fans shouting for encore. Of course CNBLUE won’t leave their Malaysia Boice just like that, as they started their encore stage with ‘Hey You’ followed by ‘Love Girl’ which made the fans went wild. The boys even sang their latest comeback song ‘Feel Good’ that was just released earlier before the concert for their encore stage.

They rocked the stage that night which left the fans with a special memoriable night that no one could ever forget. We can say that CNBLUE’s 1st world tour live in Malaysia is a success!