Kim Ki Bum, the Super Junior‘s member on hiatus, has recently concluded filming his first Chinese drama ‘The Demi-Gods and Semi-Devils’ (天龙八部 / Tian Long Ba Bu) and came down to Singapore for the first time for his ‘Memory in Love’ fan meeting. During the press conference, Ki Bum kept a calm and attentive disposition and answered all the questions confidently.

To start off the press conference, the emcee asked Ki Bum about his first impression of Singapore. Despite only being able to see the way from Changi Airport to Hotel, Ki Bum smiled and shared that he felt Singapore to be a quiet, clean and peaceful country. 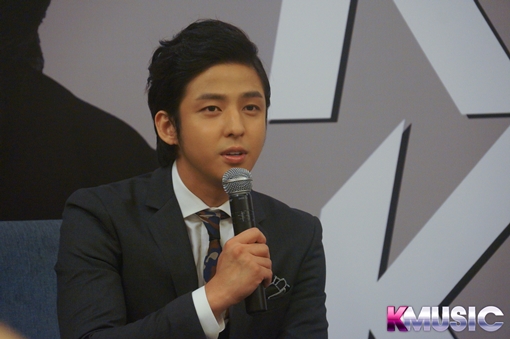 Since ‘The Demi-Gods and Semi-Devils’ was a Chinese drama and was filmed in China, Ki Bum was asked on how proficient he was in Mandarin. He bravely admitted that he thought language was a communication barrier to him. Hence, he studied Chinese (Mandarin). However, due to time-constraint, Ki Bum had no time to master Mandarin and, instead, he had to commit his lines to memory. He also shared that filming a scene with a lot of characters was difficult for him. 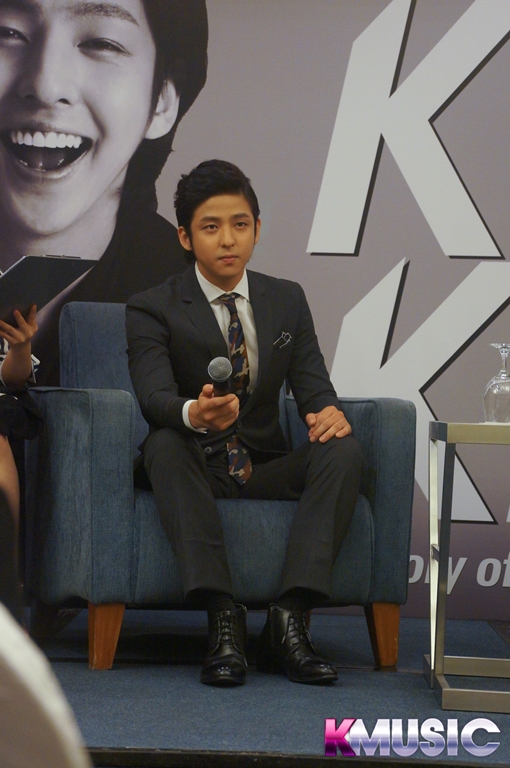 Ki Bum shared an insight of the difference between the production of a drama in Korea and China that he observed. In Korea, as soon as dramas finish filming one episode, they are already scheduled for broadcast. However, in China, dramas have to be filmed fully before they could be aired. Ki Bum confessed that filming in China was more relaxing as he could hold meetings with the director to talk more about his role and he had more time to work on his part. He also shared that there were similarities such as the way director and staff communicate with one another. He also expressed his interest in acting in modern dramas. 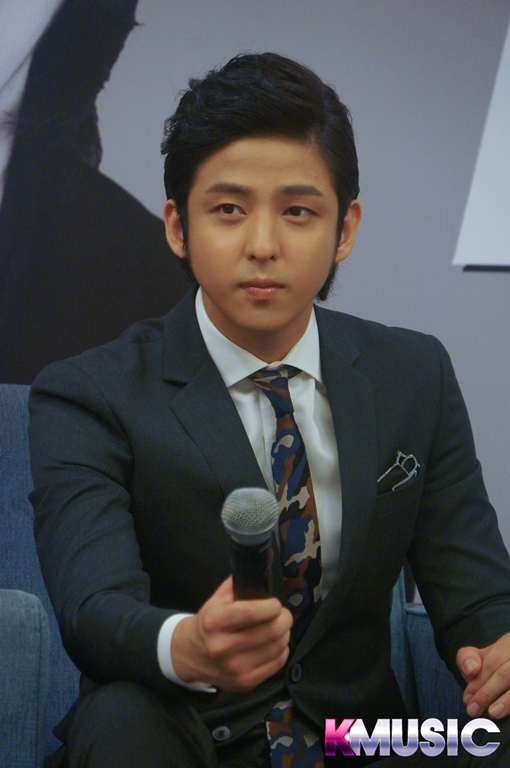 The emcee carried on by asking Ki Bum about the difficulties he faced while playing as a 14 years-old boy in the drama ‘I Love Lee Taeri.’ Normaly, Ki Bum would be able to analyze the script and get a gist of what type of character he has to play as within minutes. However, Ki Bum shared that the role he played in ‘I Love Lee Taeri’ was quite difficult as he had to find the balance between a mature and childish side of a 14 years-old child. To overcome this difficulties, he surveyed schools around his area for two to three months and observed how kids acted and behaved. He added that he would love to challenge himself to play an antagonist with justified reasons for his actions.

When the emcee asked Ki Bum how he felt about his fan-given nickname, ‘Killer Smile’, he got flustered and stated that he like that name and thanked his fans for their support and the nickname.

Ki Bum was also asked about the most memorable moment he has ever had. He shared that it would either be the time spent with his fans or the time he spent filming his dramas with his staff. He also shared that meeting and communicating with fans would be the highlight of his fan meet. 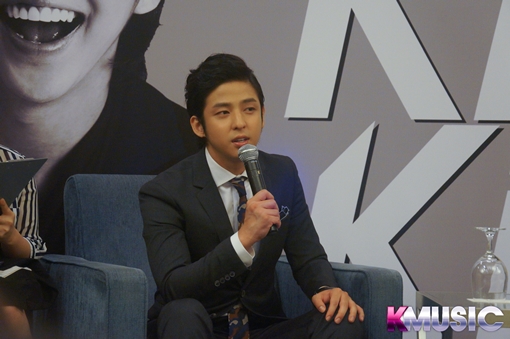 Since 2013 is coming to an end, the emcee asked Ki Bum what he wanted to achieve before the year ends. He stated that he wants to spend more time with his mum and fans as he could not do so all year due to his tight schedule. He also added that the fan meet that would be held in Singapore would be an improved fan meet comparing to the one he held in Hong Kong.

The press conference concluded with a photo session in which Ki Bum was so eager for that he said, in English, “I think we have to clear this table,” so that the assistants could hurry up to clear the stage. 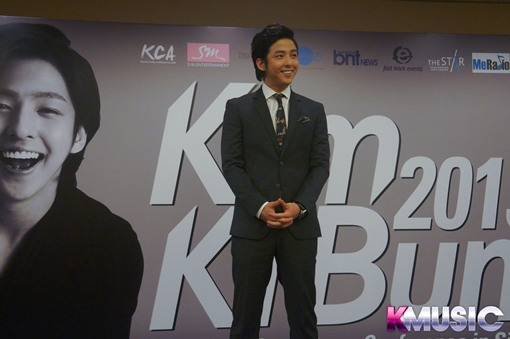 Thank you to Fast Track Events for the wonderful opportunity to attend the press conference.