Well if we are going to talk about female soloist in the K-Pop music industry of course we need to talk about the lovely and talented G.Na.

Gina Jane Choi ( 최지나 ) was born in Edmonton, Alberta, Canada on September 13th, 1987, she later came to call Vancouver, British Colombia her hometown. While attending Fraser Heights Secondary School I’m sure no one would have guessed that Gina would later take the stage name G.Na and become such a popular Korean singer. G.Na called Canada home for the first 17 years of her life before being discovered through the reality talent show “Let’s COKE PLAY! Battle Shinhwa” in 2005, prio to which G.Na had been accepted to British Columbia Institute of Technology. 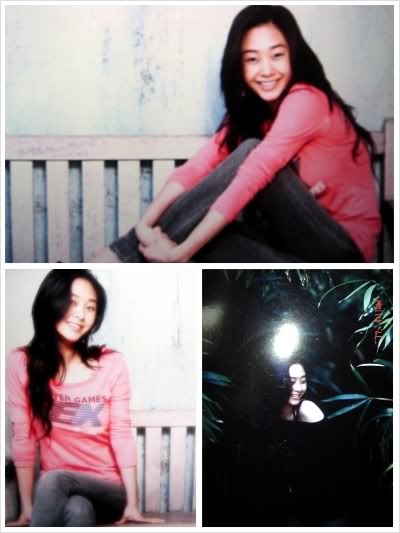 Before making her solo debut G.Na was suppose to debut as part of the now disbanded girl group “Five Girls” in 2007. The group would have consisted of UEE (After School), Yubin (Wonder Girls), Hyosung (SECRET), and Jiwon (SPICA). Can you imagine what effect this group would have had on K-Pop? Quite the line up, though perhaps a better name was needed. 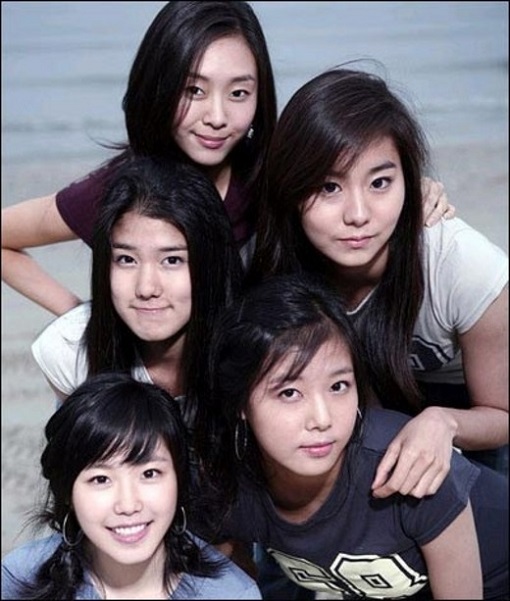 G.Na also made appearance’s in some music video’s before her debut. In case you had never noticed, G.Na was a backup dancer for 4Minute‘s Hyuna‘s music video for “Change“, as well she appeared in 2PM‘s “10 Out Of 10“. You can check out both music video’s below.

Back on July 5, 2010 G.Na released the digital duet “Things I Want to Do When I Have a Lover” with Korean superstar Rain. It wasn’t her official debut but it was the first time the public had a chance to hear the lovely vocals of the talented singer.

G.Na is signed under CUBE Entertainment and made her debut on July 14, 2010 with the mini album “Draw G’s First Breath“. At the time her debut was one of the most highly anticipated due to the production line up. Kim Do Hoon, Shin Sa Dong Tiger, Jung Ji Chan, Kang Ji Won, and many others took part in the album. G.Na’s debut track was “I’ll Back Off So You Can Live” which not only featured B2ST‘s DooJoon as the male actor for the music video but as well Junhyung‘s rapping in the song.

Amazingly she won her first award on M! Countdown on 12 August 2010. She choose to promote “Super Solo” as the follow track but it unfortunately did not do as well. In 2012 G.Na released an English version of “I’ll Back Off So You Can Live” which she helped write the new lyrics for.

“I’ll Back Off So You Can Live”

English version of “I’ll Back Off So You Can Live”

In 2011 G.Na made her comeback with a full length album “Black & White“. Again G.Na worked with some big names in the music industry including Wheesung, Rain, and B2ST’s Junhyung. She released “Nice to Meet You” featuring Wheesung off the album first and than followed it up with the title track for the album “Black & White” on January 17, the music video featured 2AM‘s Jinwoon. She also released “I Miss You Already” off the album.

“I Miss You Already”

G.Na also made an appearance in Lim Jeong Hee‘s music video for “Golden Lady” where she plays the love interest of gagman Park Hwi Soon, someone remind me to never get on G.Na’s bad side.

G.Na released her 2nd mini album “TOP GIRL” in August 2011, she used the track “BANANA” as a teaser for the album. G.Na helped write the song and it featured the rapping stylings of Swings, many fans consider it unfortunate that a full music video was never released for the song. It was suppose to be the follow up track for the album but was deemed inappropriate for broadcast. You can watch the teaser and check out a live performance of the song here.

“Top Girl” was the title track for the album and featured a fun and colorful music video.

G.Na also featured on the debut track for the now disbanded BB. Boys. The track “We Will Be Okay” was a sweet song and G.Na’s vocals suited it very well.

2012 marked the release of her third mini album “Bloom” which signified her “blossoming” into a more mature women. The title track off the album was “2Hot“. I highly recommend the ladies check out this video, there’s some lovely eye candy in it.

Another track on the album “Green Light” featured Jay Park. The song is about a guy and a girl playing hard to get with each other and quite a few fans still want to see the duo perform the song live on stage.

G.Na’s most recent comeback was in 2013 with the mini album “Beautiful Kisses“, the title track for the album “Opps” featured BTOB‘s Jung Ilhoon.

G.Na previously revealed she has one true goal in her life, “Whenever people ask me what is my dream, I always tell them that my dream is to get married and have many children. I want to live in a family, with my family“.

If you want to stay up to date on this sweet and lovely women’s coming and going’s you can check out her official website or YouTube channel. You can also follow her on Twitter.