The last artist to have their press conference for the Dream K-Pop Fantasy Concert was Infinite.

Even as the MC mentioned the group’s name, the audience began to cheer very loudly! It seems that the audience couldn’t wait to see Infinite in person!

The boys of Infinite were dressed in simple, yet stylish black suits that really matched with their hotness. When they walked on the red carpet, some people were sticking their hands out as a sign that they want to touch hands with the idols, and luckily for me, my hand was touched by Sungyeol (who is my bias) and Woohyun as well!

The members who were present at that time were Sunggyu, Sungyeol, Woohyun, L and Sungjong. Before the Question and Answer section of the Presscon, the members introduced themselves as a group, and then individually. 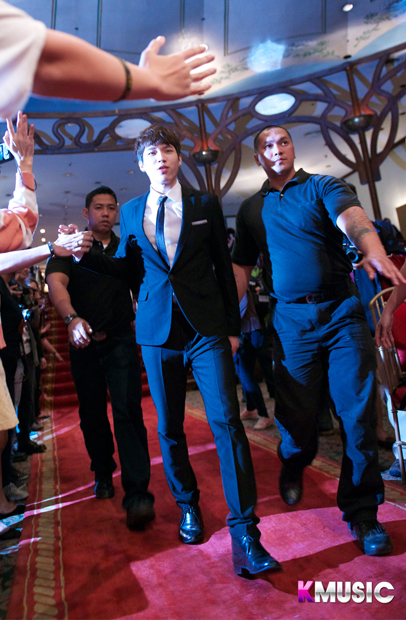 This is Infinite’s first time in the Philippines and they were asked what they are expecting from this trip. The members answered, “It is our first time here in the Philippines. Korea is so cold right now and here it’s so warm, we love the weather. Also, we’re excited to be here so we really want to go to the concert as soon as possible to meet our fans.”

The MC then asked(which she knew most fans would want to know aswell), “What do you think of Filipinas? And would you date one?” to which Woohyun answered, “We were really surprised that there were so many beautiful and cool Filipinas and we want to have our date with the fans at the concert.” 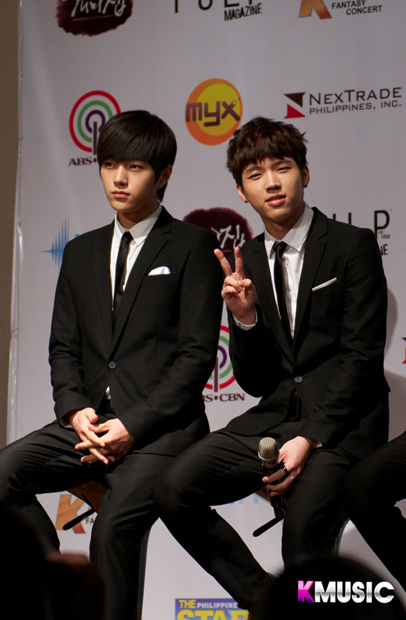 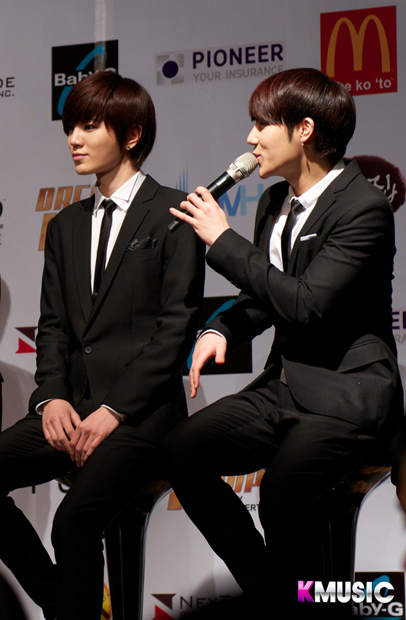 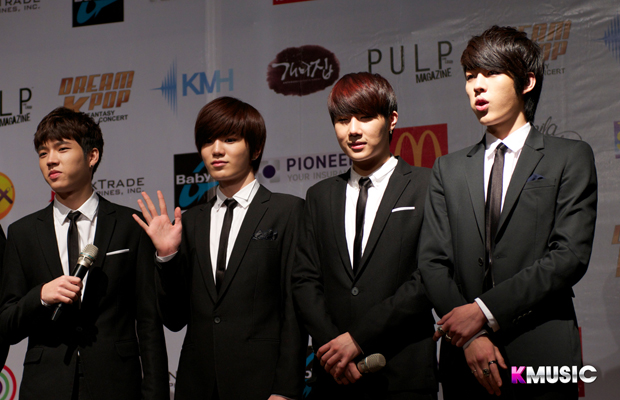 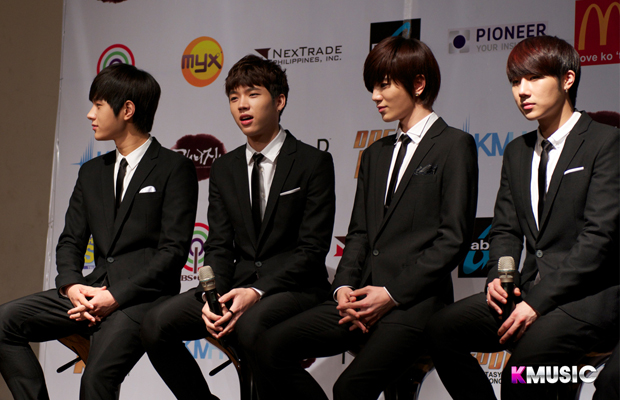 Their future goals include meeting their fans with good songs and good performances, and also planning to perform in more around Asia, and they asked for more love and attention from their fans.

During the Presscon too, someone asked what is their favorite dance and if they can show it to the audience. Woohyun answered the question that for him “scorpion dance” is the best, and then he showed them the dance, to which the crowd was shouting “one more, one more” and so he did the dance again.

Before they wrapped up everything, Infinite was given a bouquet of flowers, as they thanked the crowd and finally exited; with the same smiles and gestures they did when they entered. 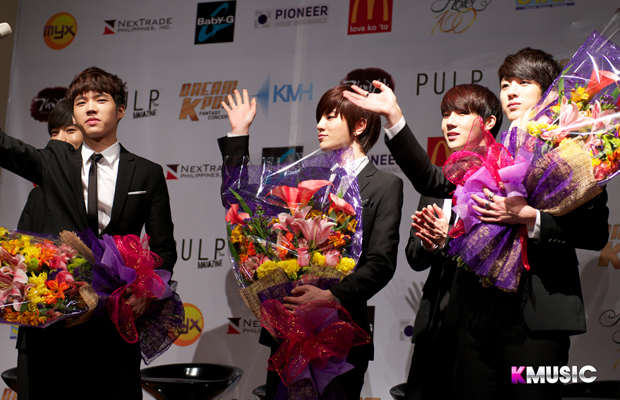 Scroll for more
Tap
Girls’ Generation’s Yuri Reaction to Negative Responses Regarding ‘I Got A Boy’ Comeback
Boyfriend “I Yah” on Love Reqeust
Scroll
Loading Comments...