On April 26th and 27th, 2NE1 visited Taiwan to hold their “AON – All Or Nothin” world tour in Taipei, and those were unforgettable nights for many Taiwanese Blackjacks.

Fans started to gather around the University of Taipei Gymnasium several hours before the concert even started. Everything was well prepared – while waiting for the girls to appear on the stage, atendees could enjoy 2NE1’s music video displayed on three big screens. Exactly at 6:00 PM, a few thousand Blackjacks started to scream their lungs out when the four ladies entered the stage while singing one of their the newest tracks – “Crush.” Wearing golden uniform-like outfits, Dara, Minzy, Park Bom and CL looked astonishing. And I have to say – I was glad it was not Jeremy Scott who designed their stage outfits this time. 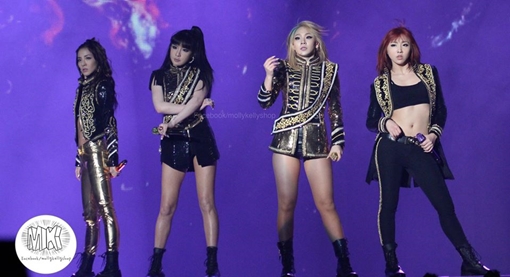 2NE1 continued their concert with their debut song “Fire,” their famous “Clap Your Hands,” and “Pretty Boy,” turning up the atmosphere to an even hotter degree. Later, the ladies slowed things down a little bit and performed “Missing You,” “If I Were You,” and the unplugged version of “Come Back Home.” 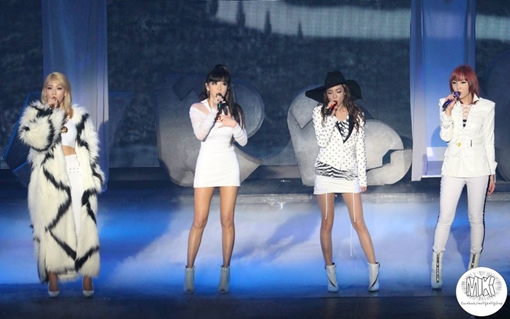 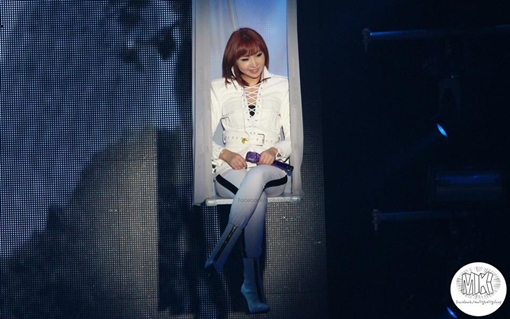 The girls interacted with attendees constantly, and when they finished their performance of  “Come Back Home,” Dara said something that a lot of Blackjacks will always remember: “Sometimes you might feel like you are ugly – inside and outside. But don’t worry – we all feel like that sometimes.” It was a perfect intro to the acoustic version of “Ugly” which later turned into the regular version, with all attendees singing along to the popular chorus. 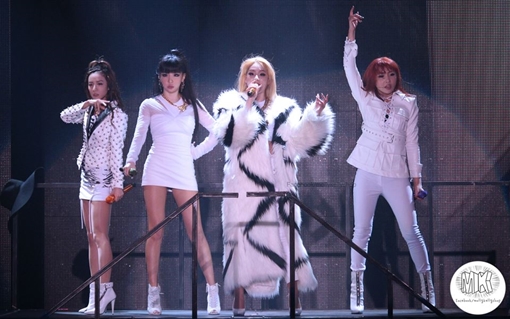 Later, when the ladies went backstage to change their outfits, YG Entertainment’s new boy group, WINNER, took over the stage. They performed two tracks, “Just Another Boy,” and “Go Up,” which had the fans screaming and singing along. 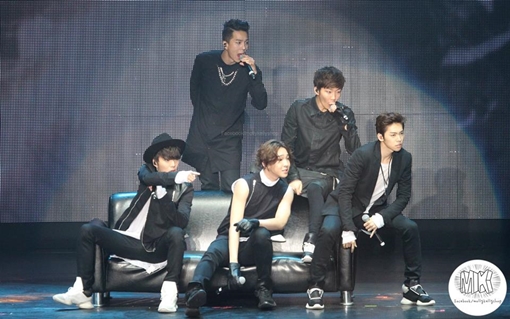 When 2NE1 came back to the stage and performed “I Love You,” they surprised fans by performing a very sexy dance with four of their male dancers sitting on chairs.

The only member to present a solo stage was CL, who performed “The Baddest Female” and her new track “MTBD.” I was amazed at all the power and energy coming out of such a small body, and the whole performance was breathtaking.

During the two-hour show, 2NE1 performed a total of 18 songs, ending up with “Go Away” that had all the attendees jumping and singing along. Luckily, they prepared an encore, starting with “Lonely,” during which they surprised fans going down to interact with them up close. Blackjacks prepared a lot of gifts which 2NE1 gladly accepted. Additionally, attendees celebrated the group’s fifth anniversary by holding up special signs, touching the members’  hearts. 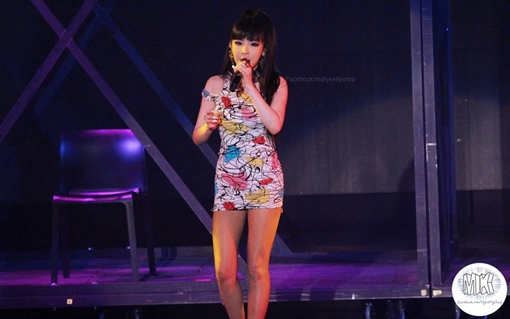 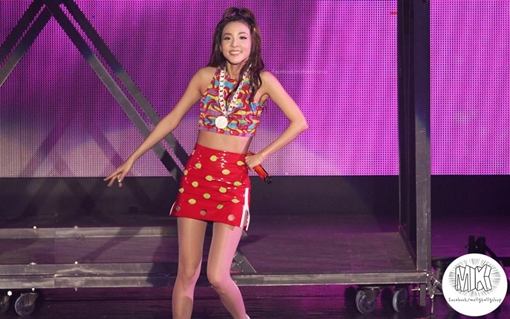 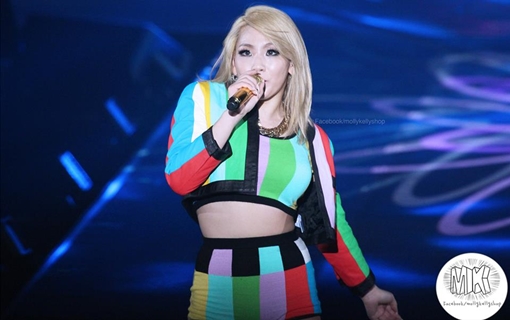 During “Can’t Nobody,” the girls could not hide their excitement. Park Bom was so excited that she performed the same tumbling moves as when 2NE1 ranked #1 on Mnet’s “M!Countdown.” Fans from the second floor of the venue prepared a special surprise,  throwing down pink ribbons that made the Gymnasium look very colorful.

2NE1’s “AON – All Or Nothing” world tour in Taiwan was an unforgettable event. And if there are still non-believers that question 2NE1’s singing abilities, they should hear the four charismatic ladies performing live.