Summer has arrived and one thing that can’t escape anyone’s mind is how they will spend this newly acquired time, and more important, what to watch. Have no fear! KMusic is here to your rescue as to watch while passing the time whether it’s to stay cool on those hot summer days in the comfort of your home or if you need something to watch as you travel to your next destination. Here at KMusic we have the top drama’s to help you along. 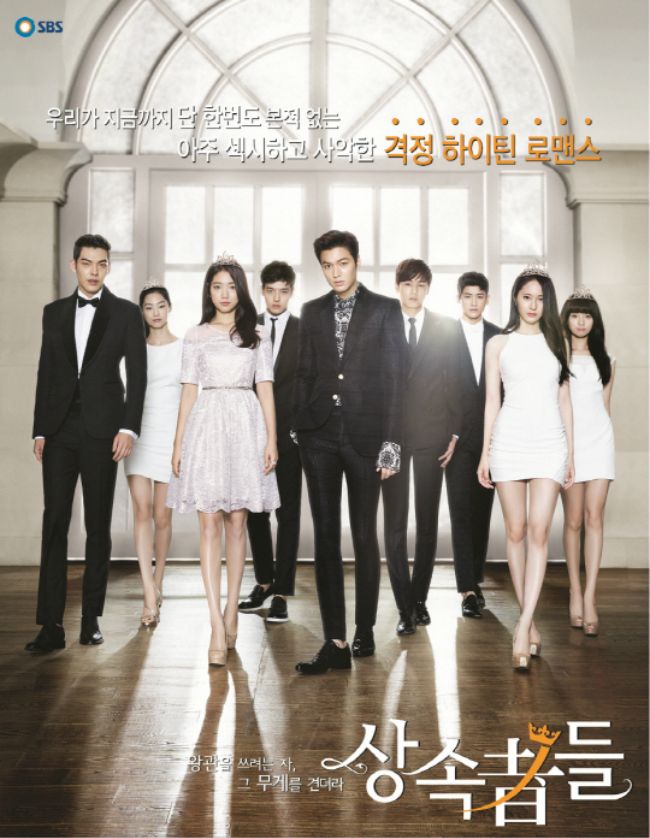 Synopsis: This is not your typical high school drama, it tells the story of 3 individuals who are torn by love and duty. It would appear they have it all but don’t let that fool you. Kim Tan (Lee Min Ho) is the heir to his fathers empire but is cast out to California by his half brother (Choi Jin Hyuk) who hopes to take over the family business as rightfully his. One day Kim Tan bumps into a disheveled Cha Eun Sang (Park Shin Hye) after she flew all the way from Korea to visit her sister who appears to be living a double life. He eventually helps her then later on falls for her with the realization she is the daughter of his families housekeeper. He is immediately thrown into a frenzy once his fiancé Rachel Yoo (Kim Ji Won) arrives to bring him home. Rachel’s brother Choi Young Do (Kim Woo Bin) is a troubled child who also falls for Eun Sang.

Synopsis: Having it all comes with a price especially when you are an A-list couple Jo Ah Ra (Oh Hyun Kyung) and Gong Jeong Han( Park Sung Woong ). The public see’s them as the perfect couple but behind closed doors they aren’t as close as they appear. After a scandal breaks out, the two scramble to keep their “perfect lives” perfect. Especially after their estranged son  Gong Min Kyu (Jin Young) arrived back from boarding school. The show has a sea of never ending-shockers. 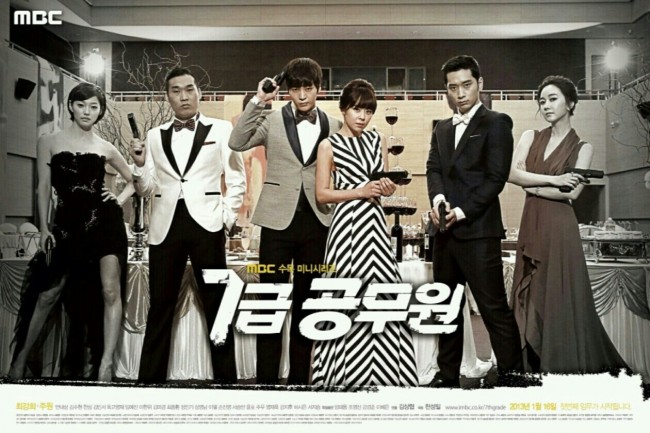 Synopsis: It’s a love story between spies but not with the typical 007 suave that comes along especially among National Intelligence Service’s rookie agents. Han Gil-ro (Joo Won) is young, rich, and arrogant but has one dream of becoming a spy much like his childhood hero James Bond, he soon realizes this world he had glamorized in his mind was far from glamorous but dirty and full of loose cannons. On the other hand the poor but highly intelligent Kim Seo-won (Choi Kang-hee) proves to be the perfect agent even as she spices things up with her often satirical demeanor. The two paths cross constantly as they find what it takes to be agents and sacrifices that are made. 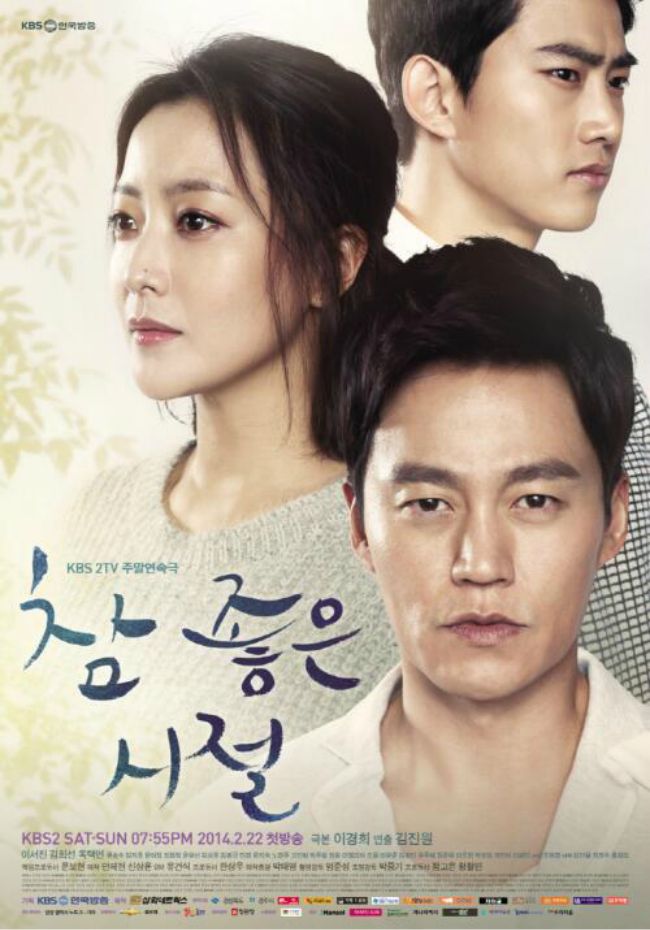 Synopsis: Dong-Suk (Lee Seo Jin) grew up as a gifted child from a lower-class family. He returns back after trying to escape his past for the past 14 years. His family was the last people he wanted to see, he was not fond of his past but embarrassed. At 18 he left his home only later on to become a fairly successful prosecutor. He returns to his hometown where he not only meets his first love Hae-Won (Kim Hee-Seon) after so many years but falls in love with her all over again. He goes through a journey of learning to accept his family and learn the value of family, love, friends and neighbors; something he forgot about while living his new life. 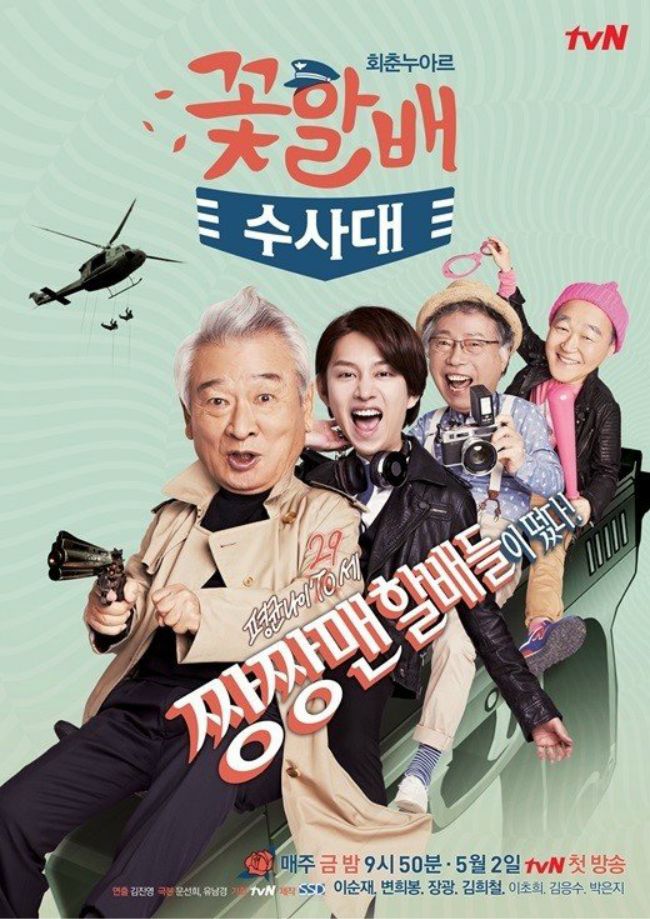 Synopsis: The Korean version of ”Bad Grandpa”, the drama is about much older and experienced detectives who indeed has a lot of life still in them or so it seems. Respected detective and a ton of delinquent cops go under an extreme change when they mysteriously turn into older men during an investigation/ search and rescue. They try to endure while looking for a cure for their new fangled condition. 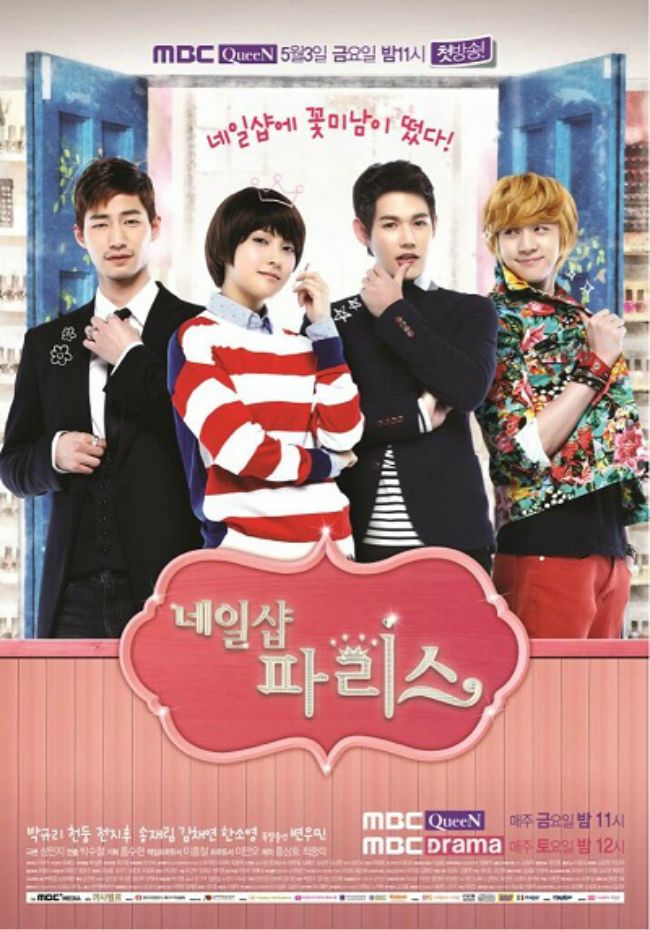 Synopsis: Yeo-Joo (Park Gyulee) is a young writer who became an internet sensation for her love story  about a fox with nine tails (“gumiho”) until she is hit with accusations for plagarism. Yeo-Joo then sets out to write a new story this time using real people as her inspiration for her characters.  Alex (Jun Ji-Hoo) sparks her interest after she watches him save a woman from a drug addict. Yeo-Joo then follows him to see what he is really like so she can use him for her story. She follows him to his job a nail shop named “Paris” , Yeo-Joo decides for the sake of her story to take a job at the nail shop but it only hires men so she cross dresses as “Bunny” in order to gain material.

We will be back with the second segment with more dramas coming your way!

All drama’s here you can be sure to check them out on DramaFever.

Scroll for more
Tap
Henry Prepares You for His ‘Fantastic’ Comeback with Teasers and More
Nu’Est Say “Good Bye Bye” in New MV In Order to “Re:Birth” with A Full Album
Scroll
Loading Comments...