It’s no secret that many children in America who grew up in the 1990s watched the television show ‘Mighty Morphin Power Rangers‘ and its spin-off  shows that built the ‘Power Rangers‘ franchise. However, what many don’t know is that ‘Power Rangers’ is actually a Japanese show, to which they use the footage from and create their own version of it.

The ‘Super Sentai Series (スーパー戦隊シリーズ)’ started off in Japan in 1975 with ‘Himitsu Sentai Gorenger (秘密戦隊ゴレンジャー)’ and continues on today with its newest installment ‘Uchu Sentai Kyuranger (宇宙戦隊キュウレンジャー)’. Also, ‘Power Rangers’ was made into a popular American adaptation called ‘Power Rangers Dino Charge‘.

It looks like now, since the Korean toys have been successful in South Korea, Daewon Animation will be doing their very own version of this popular ‘Super Sentai Series’ and calling it ‘Power Rangers Dino Force Brave‘.

The most interesting part? The cast will be made up of K-pop Idols! 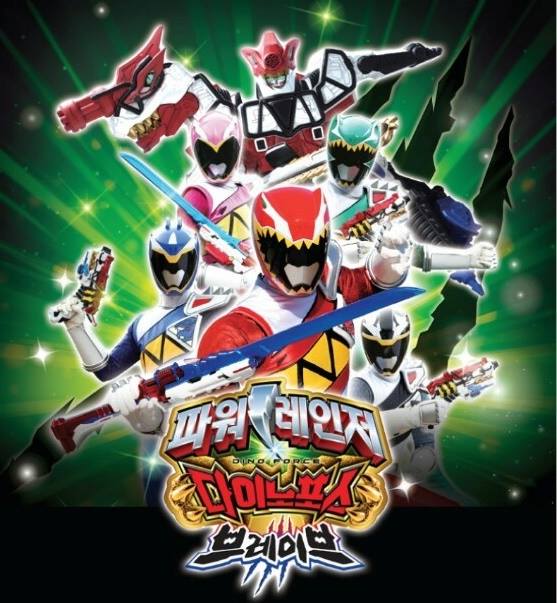 The show is set to start in April for a twelve episode series, which is less than half of its Japanese counterpart that lasted for 48 episodes. Each episode will run for fifteen minutes and will be broadcasted on many channels like KBS Kids, Cartoon Network and Animax.