Kriesha Chu drops her tracklist for her mini album!

Kriesha Chu drops her tracklist for her mini album!

Kriesha Chu has been dropping many image teasers previously. Now she has dropped the tracklist for her first mini album. So, check it out below! 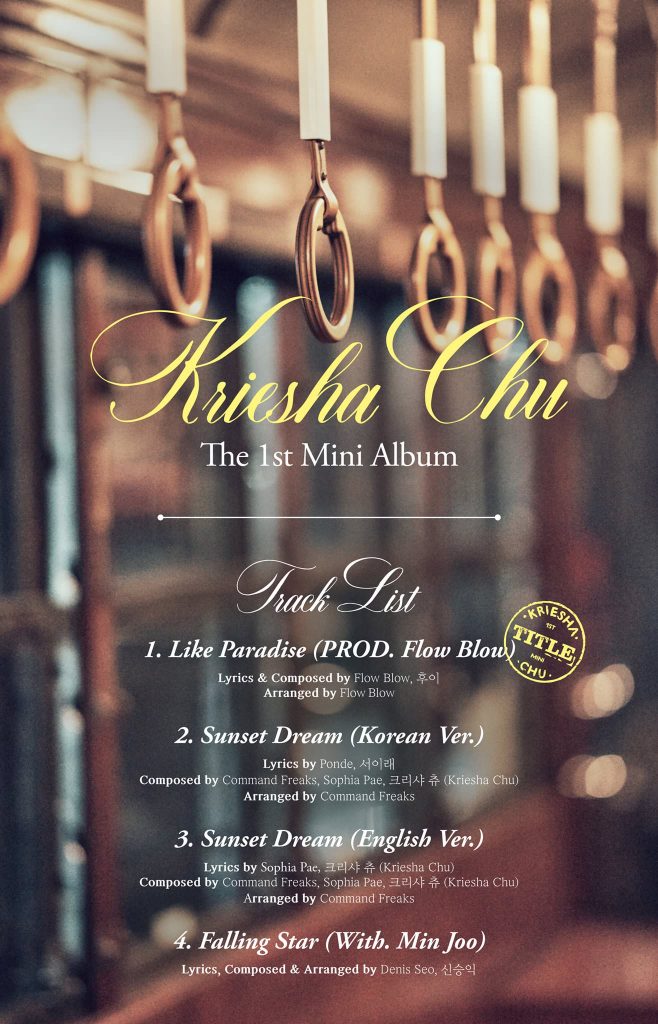 This mini album will consist a total of four tracks. This includes the title track, ‘Like Paradise‘ produced by Flow Blow, Korean and English version of ‘Sunset Dream‘ and ‘Falling Star‘ featuring Min Joo.

She will make her return on January 3rd. Which track are you looking forward to? Let us know in the comments below!