ESPN has released the roster for the ‘NBA All-Star Celebrity Game 2017.‘ The annual game features celebrities from various fields including: film, television, music and sports. Kris Wu has been selected to join the event for the second year running. Kris will be joining Jemele Hill’s East Team. The Chinese celebrity and former EXO member, made waves at last year’s game in Toronto while playing for Team Canada. It will be exciting to see his performance this year! 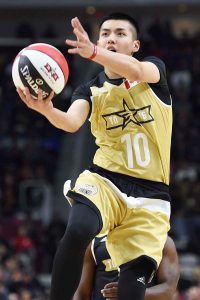 The event will be held on on Friday, February 17th at 7 p.m. (ET) from the Mercedes-Benz Superdome in New Orleans, Louisiana, so be sure to check it out!

Follow Officially KMusic for all the latest Kpop news!