IME AU has released the show itinerary and FAQ regarding Wanna One‘s concert in Melbourne tomorrow. They will be performing at Hisense Arena tomorrow at 7:30 pm. Melbourne is the only Australian city the group will be visiting as part of their <ONE: THE WORLD> world tour.

Check out the general FAQ and questions regarding tickets below! 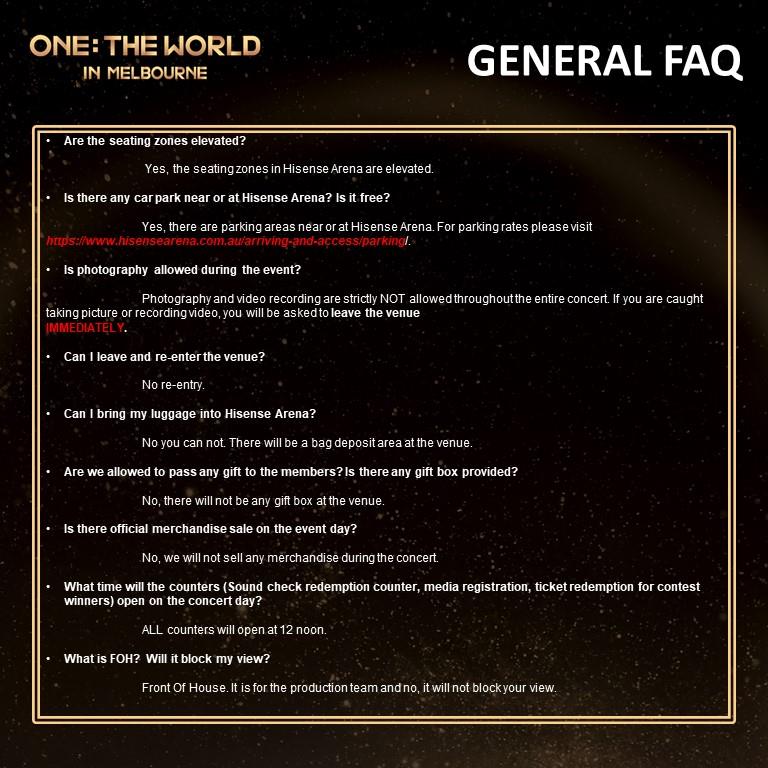 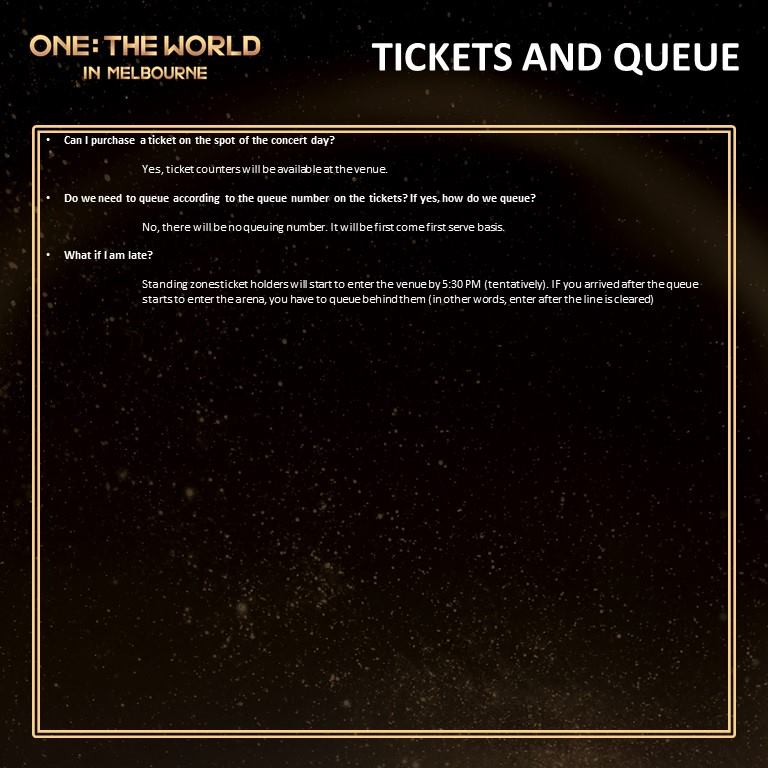 The general FAQ should answer all questions that ticket holders have about the concert. IME AU answers questions regarding merchandise, gifts and photography. Photography and video recording is strictly not allowed at this concert.

Lucky ticket holders who won soundcheck passes can claim their wrist tags at the redemption booth located beside the main entrance. They will have the experience of a lifetime when they attend soundcheck. IME AU has announced the sound check winners, which you can check out here.

Take a look at the itinerary for Wanna One’s concert in Melbourne below! 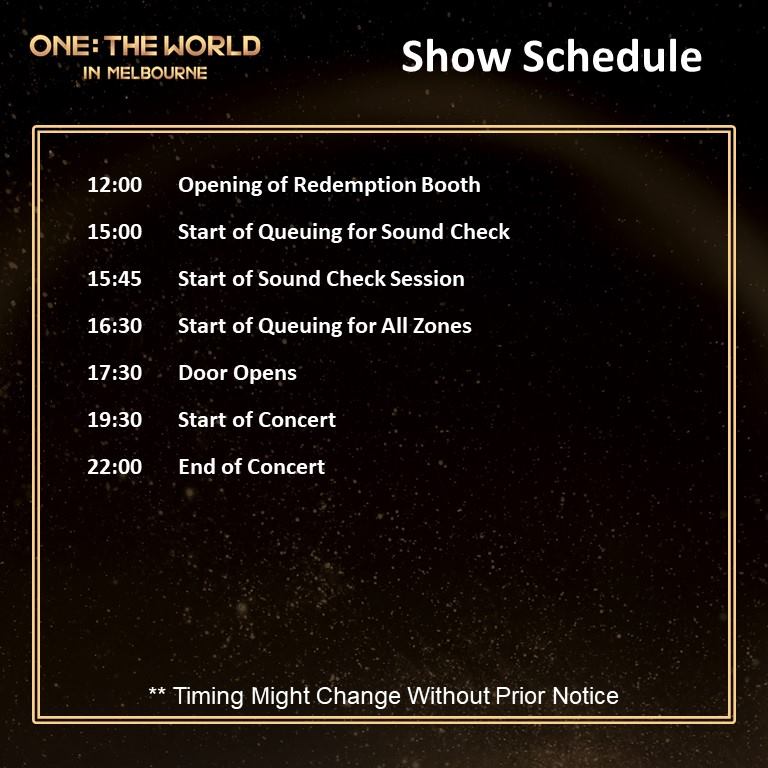 All counters will open at 12pm noon. Soundcheck will commence at 3:45pm. Ticket holders of all categories can start queuing at 4:30pm. The doors officially open at 5:30, at which time all ticket holders can enter the venue. The concert officially starts at 7:30pm, and is expected to end at 10pm. However, timing is subject to change.

If you haven’t bought tickets yet, you can still purchase them at the venue on the day of the concert. Alternatively, you can purchase tickets here. There are still tickets available, so don’t miss out on this concert of a lifetime! It will surely be a night to remember.

Are you excited for Wanna One‘s concert in Melbourne tomorrow? Let us know in the comments below!

Scroll for more
Tap
Zico: King of the Zungle – Details for Europe Announced
MFBTY is ready to bring their ‘Wondaland’ to Sydney!
Scroll
Loading Comments...