Rookie boy group, LC9, wants to win the hearts of their female fans, and they’re doing it just right!

In Korea, May 14th is known as “Rose Day” and the lovely boys of LC9 decided to celebrate this special event with their fans, and brighten up the moods of the girls around them. Who doesn’t like receiving roses, especially when they are from the K-pop stars?

There were a lot of fans who were waiting outside for the music program to start. When the members of LC9 appeared, they went up to the fans and personally handed out the roses.

Few fans took pictures and started  to upload them online, making other female netizens jealous. Those who couldn’t attend commented, “Ah, wish I was there too,” “So it was Rose Day, huh. Jealous of the bouquet!” and “They received roses from LC9? Lucky…” 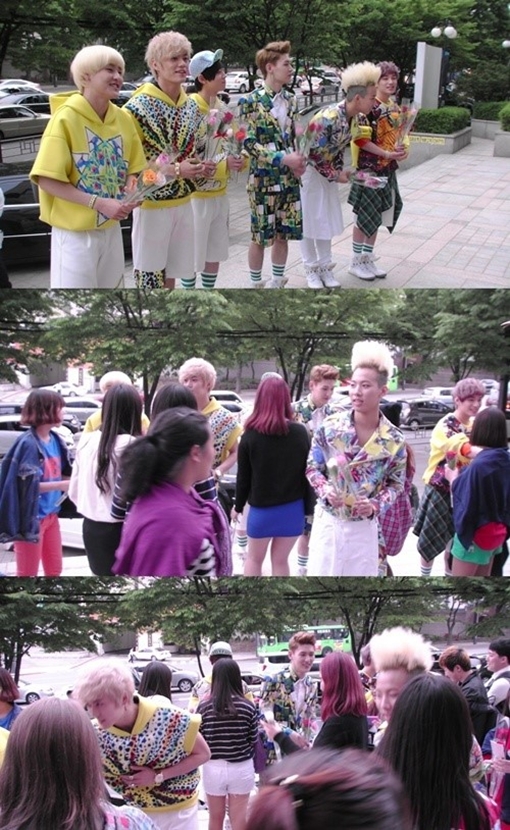