It has already been 100 days since LC9‘s debut and the boys did not forget to thank their fans for their love and support.

KING wrote a special love letter, titled “What do you mean, it’s been 100th day since debut” on LC9’s official fancafe, that reads: “Our first debut was May 9th, feels like it was yesterday but what do you mean it’s already 100 days!! How, how can time go so fast..? Then officially meeting with Love Beats must be just 100 days!”

He shared, “We didn’t do many things for Love Beats that’s why I’m full of sorry feelings but our kind Love Beats asleep or awake are always busy taking care of us… Although our activity is done, now all of the singer sunbaes (seniors) hubaes (freshmen) say that the mini album is just the beginning of starting our jobs because we only finished one!!”

“Don’t worry too much, because in the future with a much, much better music and going forward to you guys I try my best to become LC9’s king KING. As much as we want the really, really hot weather to go to a cool fresh vacation, Love Beats go find and eat lots of lots of cool and tasty foods!!”

KING concluded, “I really, really thank all of you who always support us and freely cheering for us and with real, real, real sincerity one person by one person thank you and I love you!! ♥ Bad KING is leaving~~ *-* ^-^” 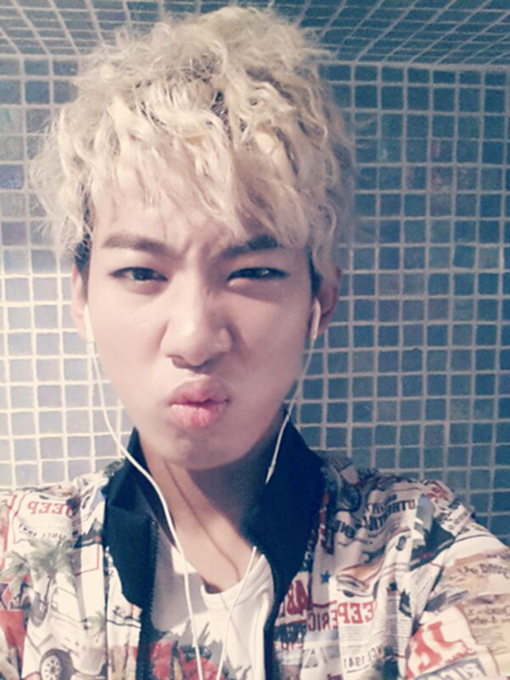 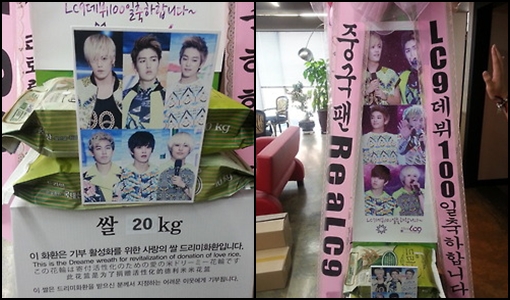 Member AO wrote, “Wow~ Today’s August 16th and it’s already LC9’s debut 100th day!!?? On our debut date, May 9th, we practiced all the time overnight, I remember like it was yesterday, the time do goes fast…Debuting with ‘MaMa Beat‘ and day by day, every day was amazing !!!”

“In the future, the days with Love Beats will be endless but in the future, what will really happen?! I’m curious and excited!! In my mind in every aspect, I want to do main vocal, main rapper, and I want to be the main visual kekekekekeke You can’t always have visuals…hehehehe. Even though I’m not that much, with this kind of greed later on, I’ll become a worldwide artist, which is my goal and dream, in order to do that I’ll need a put lot of effort~”

AO also teased fans about LC9’s next album, saying, “Aren’t you guys really curious on what will be our next album??? I won’t tell you~ Secret kekekeke. Finishing off today’s 100th day, until this day thinking of it now it’s a new look!!! It all like a dream really, kekekekeke. Each and every day we hope for new things to come and let’s keep going together!! If LC9 will become 1st, will you guys cry? I won’t cry, because I am a strong man!! To be honest I don’t really know……. Hehehehehe Cute maknae, AO!” 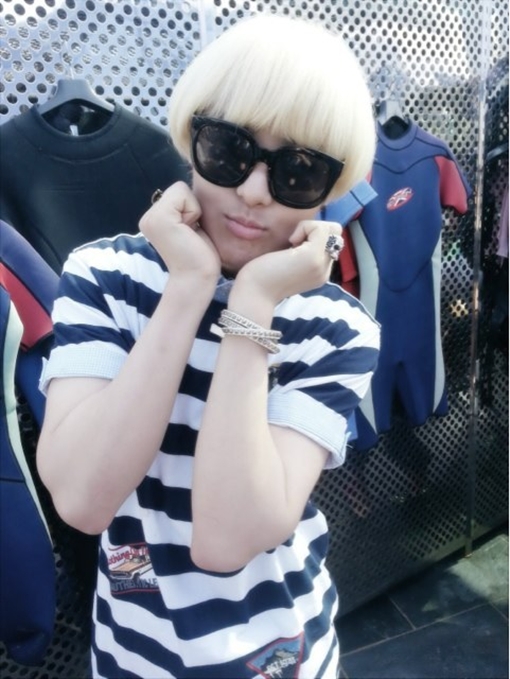 LC9’s charismatic rapper, E.DEN, expressed, “Until this day, the 100 days with Love Beats was so happy. Let’s stay together until the end, you can believe me right? Just wait a little bit more when we went on session, just like practicing now, thank you so much for giving us a lot of strength. The weather these days are so hot too, so day by day, we’ll think of you guys and we are doing our best, You guys know that we love all of you right? Finally, the dependable E.DEN will throw a heart to all of you~ Heart!!”

He concluded, “It’s already been 100days being with you guys! Just wait a lil while longer and we’ll be back sooner than you know it. Know that we get through each day of preparation thinking of you guys – LoveBeats. Anyways, l love you guys and thanks for all the support you’ve given me!!! Talk to you guys soon.” 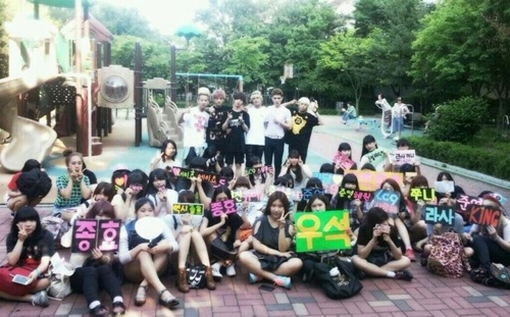 J.Hyo wrote, “Today marks our 100th day hull$.$dahh. It’s already LC9 and Love Beat’s 100th day of Love Day. Wait a moment, let’s hear one of J-HYO’s song before we go. Shall we love~~ For a long time I’ve been~~~A solo so I don’t know if the love will be awkward but the one that I admire is Lee Seung Gi’s ‘Love Generation ★★'”

He also mentioned LC9’s comeback, saying, “Love Beats, although LC9’s comeback is a little late, you can wait right? To our other idol sunbaes, in order to not be left out, we’ll be cooler than ever so when we’re coming out we’ll do our best so look forward on us hehehehehe.” 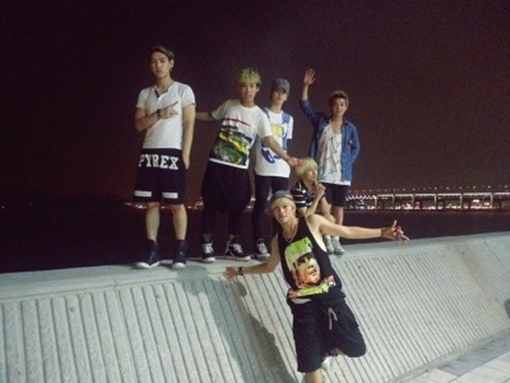 RASA said, “Hello, it’s RASA. It’s been 100 days since debut? Already?? It seems like just yesterday was our first performance. Time has passed so quickly. There were many good days and hard times but it’s been 100 days and thank you for always cheering for us. We will be better so when you can be proud to be fans of LC9. Cheer us on until we become grandpas ^^”

JUN briefly wrote, “100 days of love with love beat<3 Thank you for always cheering and giving us love and waiting during the hot weather TT TT We will come back with exciting and awesome song following mama beat gokgokgok!!!! Anticipate! ㅎ Thank you for giving your 100 days congratulations good night.”