Lee Gikwang has released the track list for upcoming digital single! The Highlight member will release ‘I‘ on the 18th at 6PM KST. 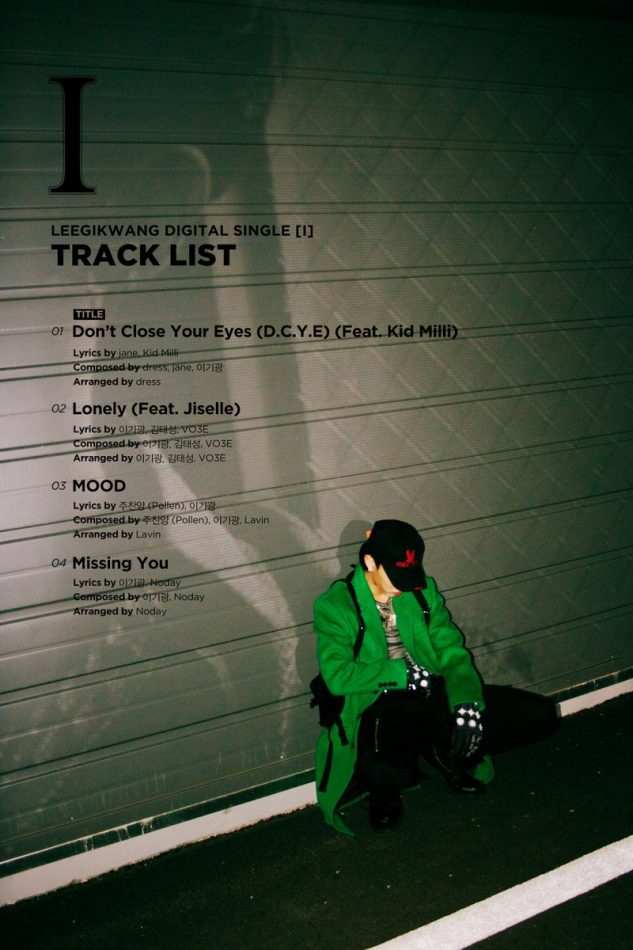 The title of the digital single is ‘Don’t Close Your Eyes‘ or previously abbreviated as ‘D.C.Y.E‘. The album consists of four songs in total. Gikwang has featured Kid Milli and Jiselle in his album. Kid Milli is the second runner up of ‘Show Me the Money 777‘.

Gikwang has heavily participated in his album. He was involved in the composition of all songs and lyric making in ‘Lonely‘, ‘Mood‘ and ‘Missing You‘.

‘I‘ will be Gikwang‘s last release before his enlistment.

Will you be listening to ‘I‘? Tell us in the comments below!