Lee Hyori tries something a singer has never done before; she will be revealing her new song with the fashion magazine, Vogue Korea.

On April 19th, Vogue Korea announced that Lee Hyori will showcase her new song through the fashion music film video of Lee Hyori’s recent photoshoot. Lee Hyori, with the concept of a circus show girl, has put on several sexy outfits in the middle of abandoned circus sets and props.

The fashion music film is scheduled to be released on May 1st on Vogue Korea’s homepage and YouTube channel.

The pictorial will be revealed on April 20th. 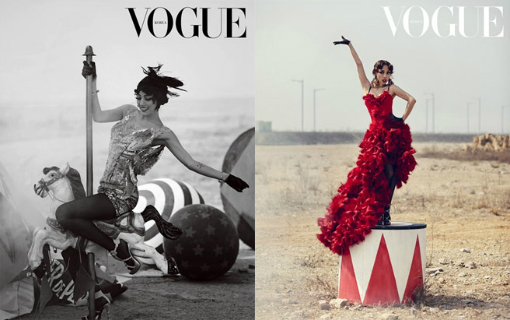