Actor Lee Jong Suk, who is currently staring in the SBS drama, ‘I Hear Your Voice,‘ recently gifted his entire staff with food. Lee Jong Suk has captured the hearts of audiences with his various charms on camera, and now we see that he is a charming man off the set as well!

The cast and staff of ‘I Hear Your Voice‘ spent many days filming late at night. They seemed exhausted from long hours of work. Thinking of his co-workers and staff, Lee Jong Suk sent a food truck to the set with traditional Korean ginseng chicken soup, according to Newsen. The soup is meant to heal the body by restoring nutrients that were lost to fatigue and stress. Lee Jong Suk sent enough food for 150 people at the Tan Hyun Production Center! He had planned this event three weeks in advance. 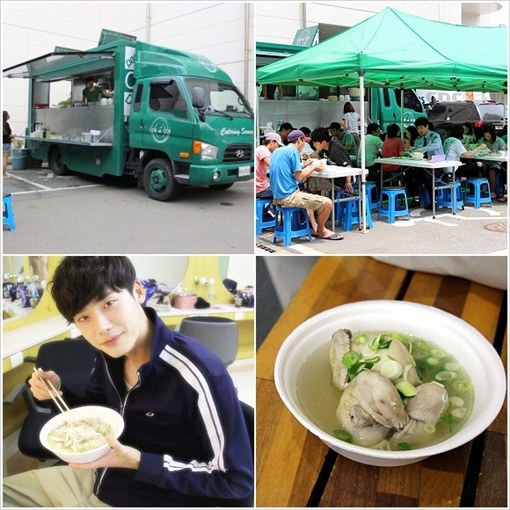 The cast and staff of ‘I Hear Your Voice‘ were very grateful from this act of kindness, and spent time talking and relaxing as they enjoyed the food.

Lee Jong Suk continues to dazzle women not only with his on-screen charisma, but also with his off-screen charm.