It seems Lee Jong Suk‘s character from ‘W‘ got his wish, as the on screen couple heats up for what Kang Chul refers to as a “number 4 relationship.”

For those who don’t know “number 4” is, it’s a sizzling hot adult romance and boy did Jong Suk and his on screen love, Han Hyo Joo deliver! Trading in for their cutesy romance on screen, the two posed for some seriously PDA filled photos for ‘Dazed‘ magazine. Bringing in both a casual fall style and sexy leather look, the co stars truly are an envious couple. Fans have loved the two since the beginning of the hit series ‘W’.

Lee Jong Suk has been increasingly busy, and it was previously announced that he’d be making a cameo in the new drama ‘Weightlifting Kim Bok Joo.‘ In addition, he will be starring as the villain in the upcoming movie ‘VIP‘. Han Hyo Joo is currently taking a break from the limelight but hopefully fans will get to see her again soon! 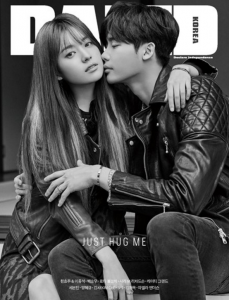 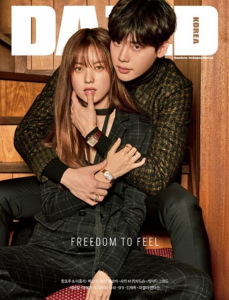 Be sure to follow Officially KMusic for all the latest news in Korean Entertainment!