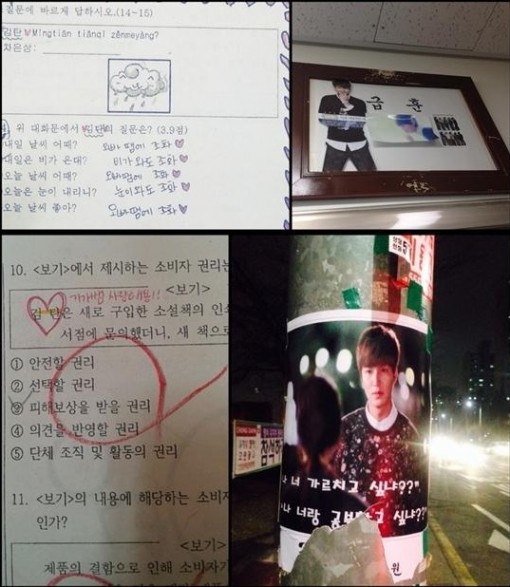 Kim Tan is being used in advertisements as well. A poster advertising an academy featured a picture of Lee Min Ho along with a line from the drama, “Do I want to study with you?”

Meanwhile, fan’s are excited about Kim Tan’s exam results since he ranked last in his class in a previous exam. All will be revealed in the final episodes of Heirs.