Lee Soo Hyuk and Park Bo Gum were among the many South Korean celebrities to attend this year’s 2016 LACMA Art + Film Gala, which was an event held by Gucci on October 29. ‘The Moonlight Drawn by Clouds’ actor was also among other South Korean entertainers that included: Girls Generationn Sooyoung, Model Lee Soo Hyuk, and actor Lee Byung-Hun and his wife Lee Min-Jung. The celebration was held in honor for Robert Irwin and Kathryn Bigelow. Many Hollywood A-listers also attended the event such as, Salma Hayek, and Leonardo DiCaprio. 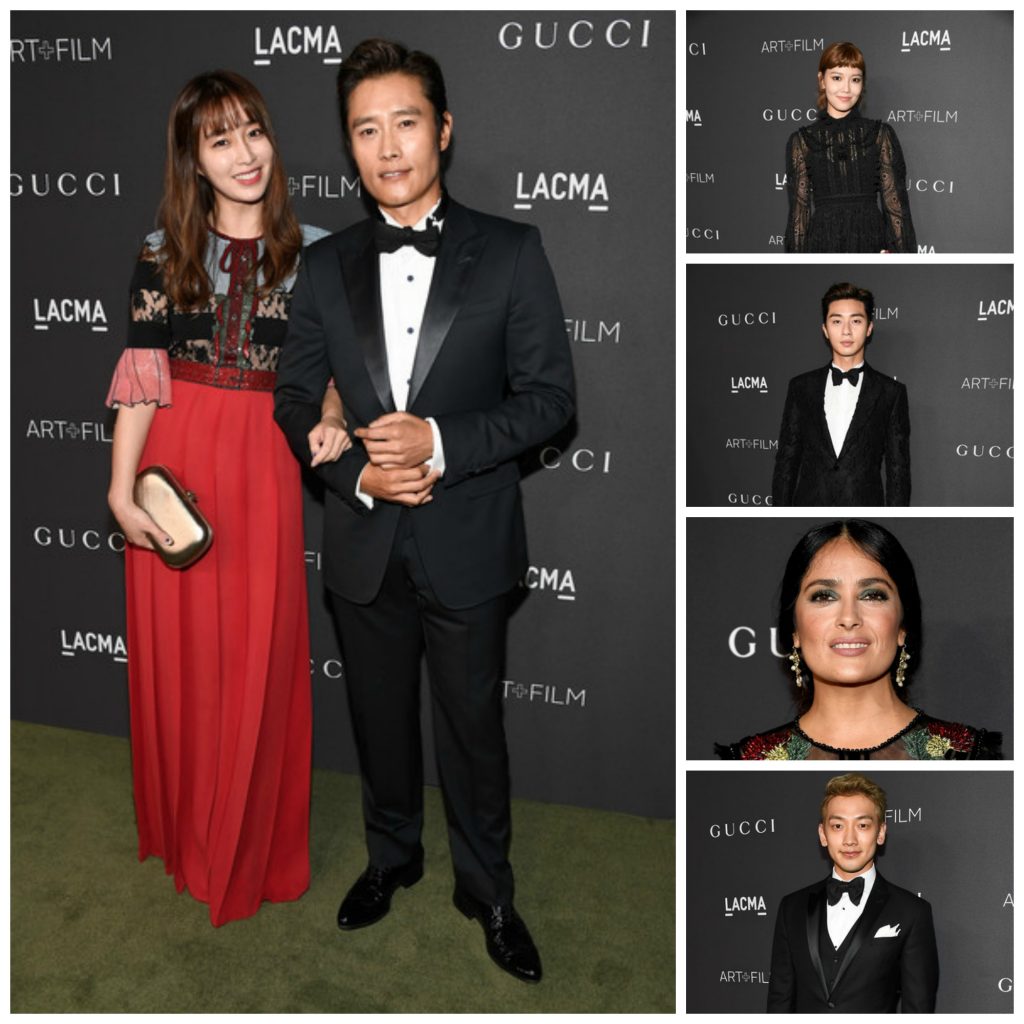 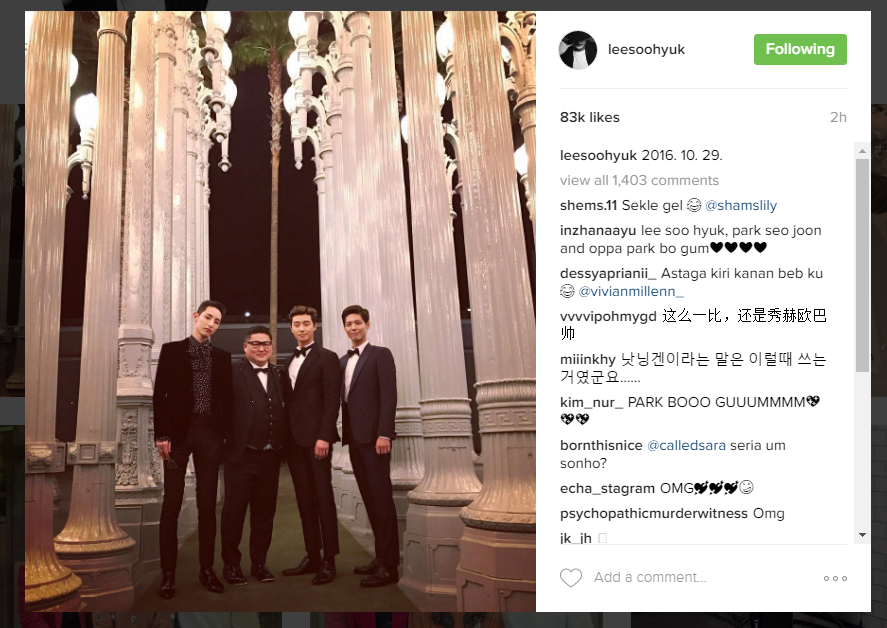 Lee Soo Hyuk posted pictures of him attending the event and even posting with Hip-Hop artist A$AP Rocky on his Instagram account. Park Go Bum was excited to be among many talented artists, and speaking about his portrayal of a Crown Prince saying :

“When I received the scenario, I had the confidence that I could portray the character well. But when I learned the names of the other cast members in the drama, who are for me are like the ‘Avengers’ of veteran actors and actresses, I quickly lost my confidence.”

Are you excited to see all of these Korean celebrities mingling with Hollywood A-Listers? Let us know in the comments below!

For more K-Pop Wews and Entertainment, be sure to follow Officially KMUSIC!