Lesson 4 Brings The Neoz Their Official Admission To Neo School

Lesson 4 Brings The Neoz Their Official Admission To Neo School

The time has come for the official admission into Neo School! FNC Entertainment released LESSON.4 #ADMISSION GIFT video as they presented the nine guys with a welcome package.

Inside the medium sized box, each set of guys take turns opening their new gifts. The video bounces from group to group as everyone has fun seeing what they got, though you can tell they have no clue what is in store. TaeYang, paired up with InSeong and JaeYoon, shows us inside the box as you can see his school badge on top of the pile. Meanwhile, ZuHo (also spelled JuHo) and RoWoon play around on what would be the best way to scan their badges at doors.

After, ChaNi decides to wrap HwiYoung in their slogan towels, and YoungBin with DaWon gives a glimpse at what the acceptance letter looks like, but it is InSeong who is sure to steal hearts as he graces us with his English skills as he reads a line from it. The best part of the whole video is watching them all struggle with opening the ear bud case, though watching them dance with them in after is totally worth it.

In all, the box includes their admission badge, acceptance letter, slogan towel, ear buds, a face mask, notebook and pencil, and a water bottle. 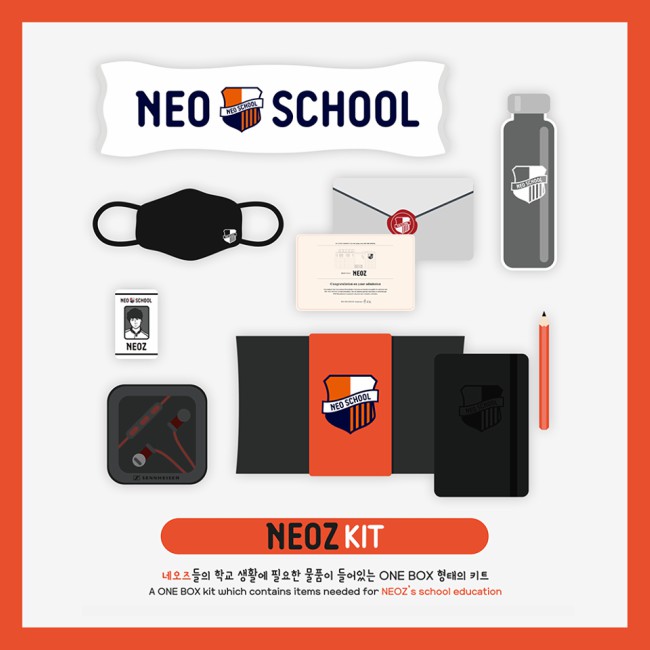 Watch the Neoz open up their acceptance package below.

I am having fun following the journey to debut with the Neoz. I really hope FNC sells the Neoz Kit because it looks really cool and would love it for my kpop collection. Which part was your favourite to watch? Let us know!

Scroll for more
Tap
Winner’s First Entry Single, ‘Pricked’, Gives A Glimpse Into Their ‘Exit Movement’
Baechigi Is Back With ‘All Of A Sudden (Walkak)’!
Scroll
Loading Comments...