Let Me K-Pop A Question: Should They Divide And Conquer?

Let Me K-Pop A Question: Should They Divide And Conquer?

Who doesn’t love to see  two awesome idols from different groups getting together for a new song, or some of the members of your favorite group in a sub-unit trying out a different genre? Troublemaker, Toheart, 2Yoon, Orange Caramel, TaTiSeo, GD&TOP, and many, many more… how does one not love these mix & match formations?

To begin, let’s take a look into some projects that really worked out and see whythey were so well received by the public.

If you’re not from Asia, you surely have faced many problems when showing K-Pop to your friends, because they think it’s a bunch of colorful and crazy people singing nonsense songs, and you know it’s not like that.

However, the girls from Orange Caramel have decided to assume this position with their insinae videos, outfits and lyrics. And what happened? People actually liked it! More than that, some people even prefer the sub-unit to the main group, Afterschool, itself. And why? Because they’re funny and they have expressions that no other K-Pop artist has shown so far.

Hyuna is well-known as a sex symbol and she has shown it off often in her promotions with 4MINUTE and with her solo promotions, but what happens when you put the sexiest woman with a man, Beast‘s Hyunseung, just as sexy as her? Perfection.

Really sexy concepts are somewhat of a tabu in K-Pop, and they were even more so when Troublemaker debuted almost three years ago. The duo broke the barriers and weren’t afraid to do so and that’s mainly what made them so popular. Fans agree that no group would ever be as sexy as Troublemaker and waited for two whole years for a comeback that proved that they were right:

G-Dragon and TOP are already part of the very famous and popular group, BigBang and some fans even complained that the two of them had the majority of the lines in their songs. So what did YG Entertainment do? Debuted a sub-unit with only the two of them, in which they would be able to show their matching talents.

The unit worked out really well and many music videos were produced, something that isn’t really common for this kind of project.

Of course there are many more unit projects that really stood out, like TaTiSeo, BANG & ZELO, Super Junior‘s many sub-units and, of course, the massive projects like SM The Ballad and The Colour of K-Pop.

But what about the ones that didn’t do so well? Those who no one remembers or may not even know about it? Yeah, they exist. Sometimes the companies make bad choices  and unit groups end up flopping. Let’s take a look at some of them:

This unit, formed by Super Junior’s Heechul and TRAX’s Jungmo is almost like a myth in K-pop, but yeah, it’s real. The reason why it didn’t stand out was probably because the video wasn’t well made (the lip-sync is probably one of the worst of K-Pop) and it wasn’t promoted strongly.

What’s really bad is that this video was one of the few times that we were able to see artists from two of the top 3 companies working together, since Miss A’s Jia is in the music video. In fact, the video is FULL of famous artists such as FT. Island’s Hongki and Jonghoon, B2ST’s Junhyung and rapper Simon D. Maybe if SM had focused on promoting this aspect of the video, it would have been more successful.

I find it hard to understand why this group didn’t make it.  I mean, Hyuna, Gain, Seungyeon and UEE are so famous nowadays! Not only from their groups, but as individual artists. They have made their way to the top with solo careers and drama roles. My guess is that since they weren’t so famous back then, this unit didn’t stand out, specially because they look and sound like many cute girl groups.

However, what if they had a comeback now, after they’ve become so famous? What about a sexy comeback? Who wouldn’t love to see this four girls collaborating nowadays? I say it: I want a comeback! This group would soar!

Have you ever dreamed about a collabration between SM and YG artists? Guess what! It already happened! This unit was created for a Samsung commercial, one of the reasons why you probably didn’t hear of it,  they were only formed to sing the CF’s songs, and is formed by BoA, Jin Bora, Xiah Junsu and Tablo.

One of the sad parts is that the commercial was really well produced and they did sing their songs in music shows, but this group will probably never get together again, since Junsu is no longer part of SM and I doubt that SM would want to negotiate a comeback including a JYJ member…

After seeing so many awesome groups, we surely want more. In fact, there are many collabs and sub-units that we would love to see happen. But would they work out as much as in our minds? Would they be good for the idols as well? To try to answer theses questions, I’ve gathered three collabs and two sub-units that I’ve always heard would be great so we can study them a littler deeper. (Hope you don’t mind, but I’ve also named them). 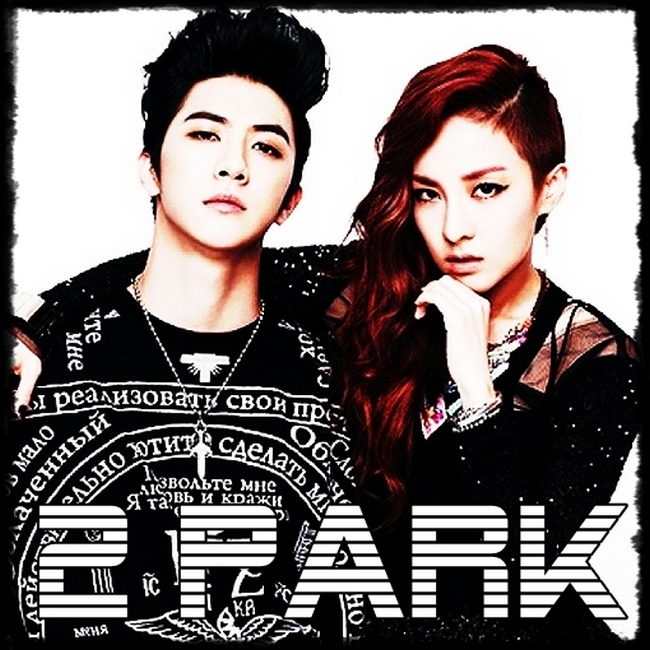 (Yeah, I know it sounds like Tupac) This is problably one of the main topics I’ve been hearing since I’ve become a K-Pop fan. Dara and Thunder are very talented siblings and get along really well; Dara is well loved by A+ and vice versa. It would be really cool to see them as a duo, be it a cute or dark, heavy concept, but the chances of it actually happening is minuscule as they’re from two companies that are so different from each other.

However, one thing people forget is the age difference. Dara is 6 years older than her brother, which means that they give off different vibes, no matter how young Dara’s mentality or how mature Thunder is. For this reason, they have contrasting experiences and thoughts, rather than for example,  Akdong Musician with their small age gap that practically experienced similar things together. 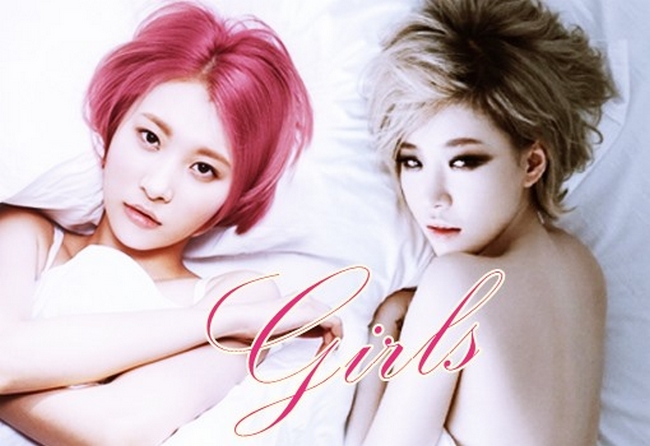 Ok, this name is kinda lame, but it’s because Sunmi used to be from Wonder Girls and Ga In is from Brown Eyed Girls.

Ga In and Sunmi already have very similar concepts. They’re both sexy and mature women that gladly take up challenges. Their voices are also similar, so they would go along very well. I used to think I was the only one who though that this collaboration would be great, but then I saw these last year:

They’re so similar that they can even perform each other’s songs and make it look perfect. Honestly, after I saw those videos I’ve really began to wonder why they haven’t realeased a song together yet. I, personally, can’t find any downs on this collaborations, expect for the fact that maybe the video and the coreography would probably end up being banned. 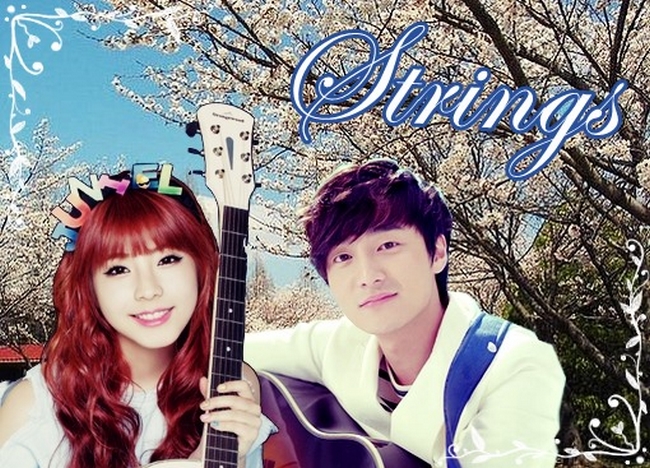 Both of them play guitar, sing country-like ballads and look super cute. Juniel and Roy Kim have a lot in common and they are even the same age! His low voice would be perfect along her sweet one and Juniel has already proven that she looks great in a duo with her Christmas song  with CNBLUE‘s Jonghyun.

You might think it wouldn’t work about because they’re very different, but it turns out that they are actually already friends: 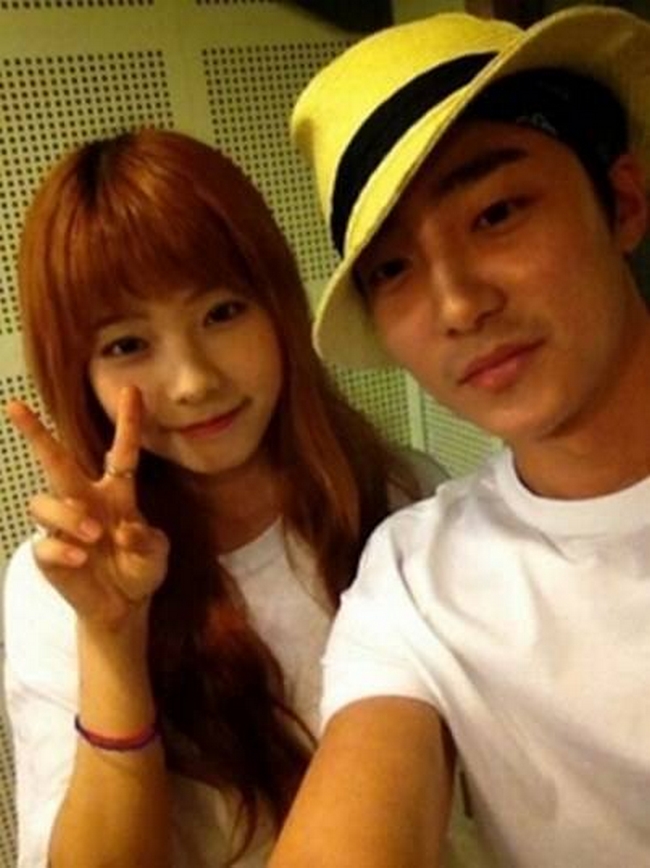 There’s one problem though: Roy Kim has decided to focus on his studies more than in his singer career, so he would certainly not want a collaboration right now. In the future, maybe? Let’s wait for it! 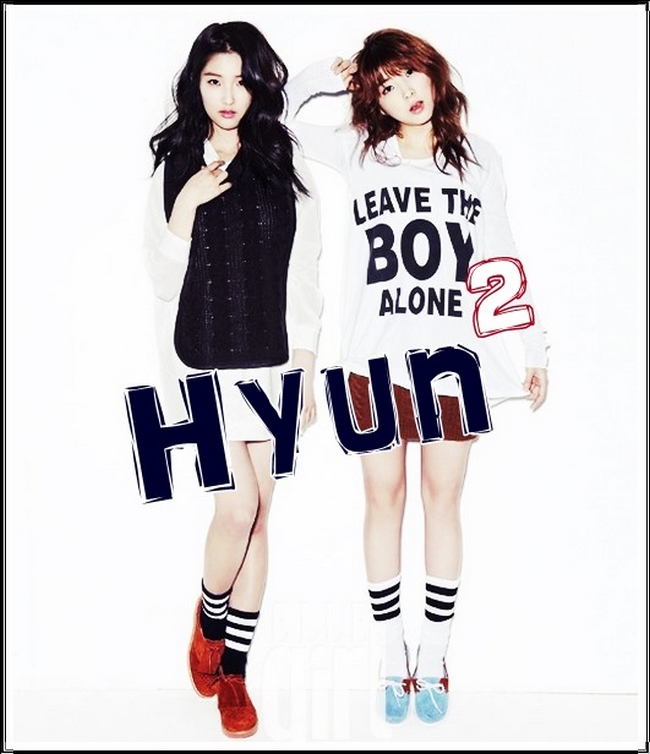 Okay, I know Hyuna also has “Hyun” on her name, so it should be 3Hyun instead of 2Hyun, but she has her own solo career as well as Troublemaker apart from 4Minute, so I was thinking about giving a chance  for Jihyun and Sohyun to shine.

However, there’s a reason why this unit wouldn’t work out and it’s because their voices alone aren’t as powerful as Gayoon‘s and they don’t have rap skills like Jiyoon and Hyuna. So, in order to promote them more, I think the best option would be by putting them in dramas and working as models apart from the group. Sohyun is seen by the fans as a very funny person, so she would be great for variety shows. 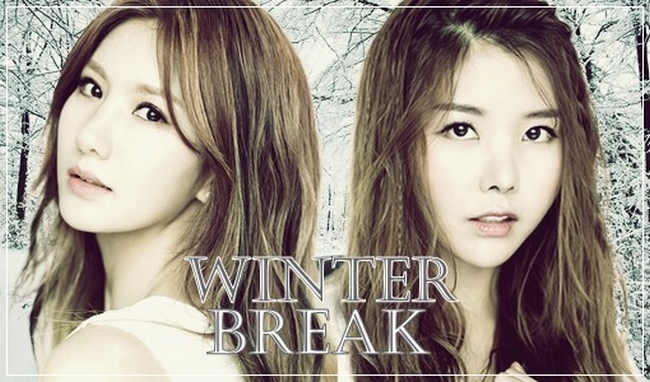 Afterschool is great with their sexy concept and Orange Caramel is one of the most beloved sub-units in K-Pop. What’s missing? A ballad unit. Jungah and Raina have beautiful and powerful voices that would totally be highlighted if they were on a ballad duo.

Still, maybe this concept wouldn’t go along with them and the fans might not like it. Different from Orange Caramel, who has an unique concept, they would be compared to many ballad groups.

What do you think of these ideas after looking closely at them? Would you still want to see them giving it a try? What other collabs and sub-units would you like to see in the K-Pop World? Let us know!

Special thanks to Mirella D’Elboux