CROSS GENE have announced their first Korean comeback in more than a year.

The announcement was confirmed via their social media accounts with a teaser image that simply said ‘#Coming Soon‘.

This will mark the group’s first comeback since the release of the mini-album ‘Mirror‘ back in February 2017, and their first as a five member group since the departure of Casper.

The remaining members (in case you need reminding) are; Takuya, Yongseok, Sangmin, Seyoung and Shin.

In addition to the teasers dropped via social media, the group have just released a new group shot.  It looks like we’re in for a chilled and relaxed comeback. 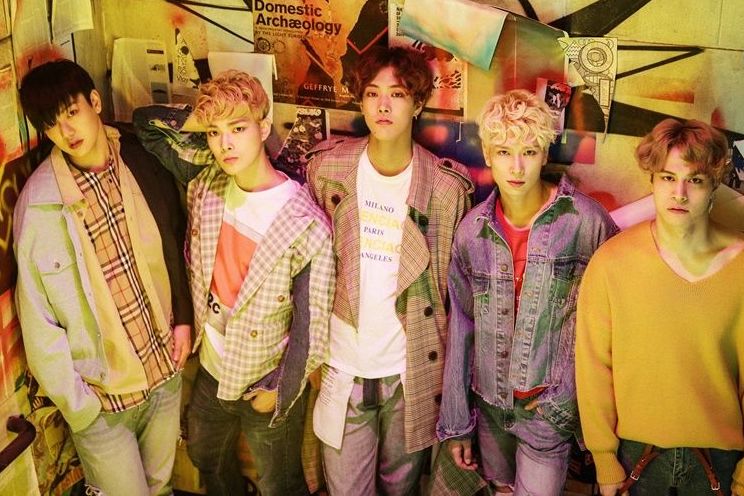 The group’s agency Amuse Korea has confirmed that they will be returning with a new album on May 8.  They released a statement which read in part, “With a desire to start anew, the group has worked harder than ever to show upgraded music and performances. We ask that you give lots of attention to CROSS GENE’s new beginnings.”

Another teaser was dropped via social media, this time a moving trailer for ‘Zero‘.  Could be the name of a comeback album or a title track?

We’ve got lots to look forward to between now and May 8.

What do you think of the news of CROSS GENE‘s comeback?  Are you excited to hear new material from them?  Let us know your thoughts in the comments below.

Scroll for more
Tap
Samuel will be releasing a repackaged album in May!
Thunder to make his return in May!
Scroll
Loading Comments...