On November 21st, Lovelyz released their track list for ‘Sanctuary‘. Check it out below! 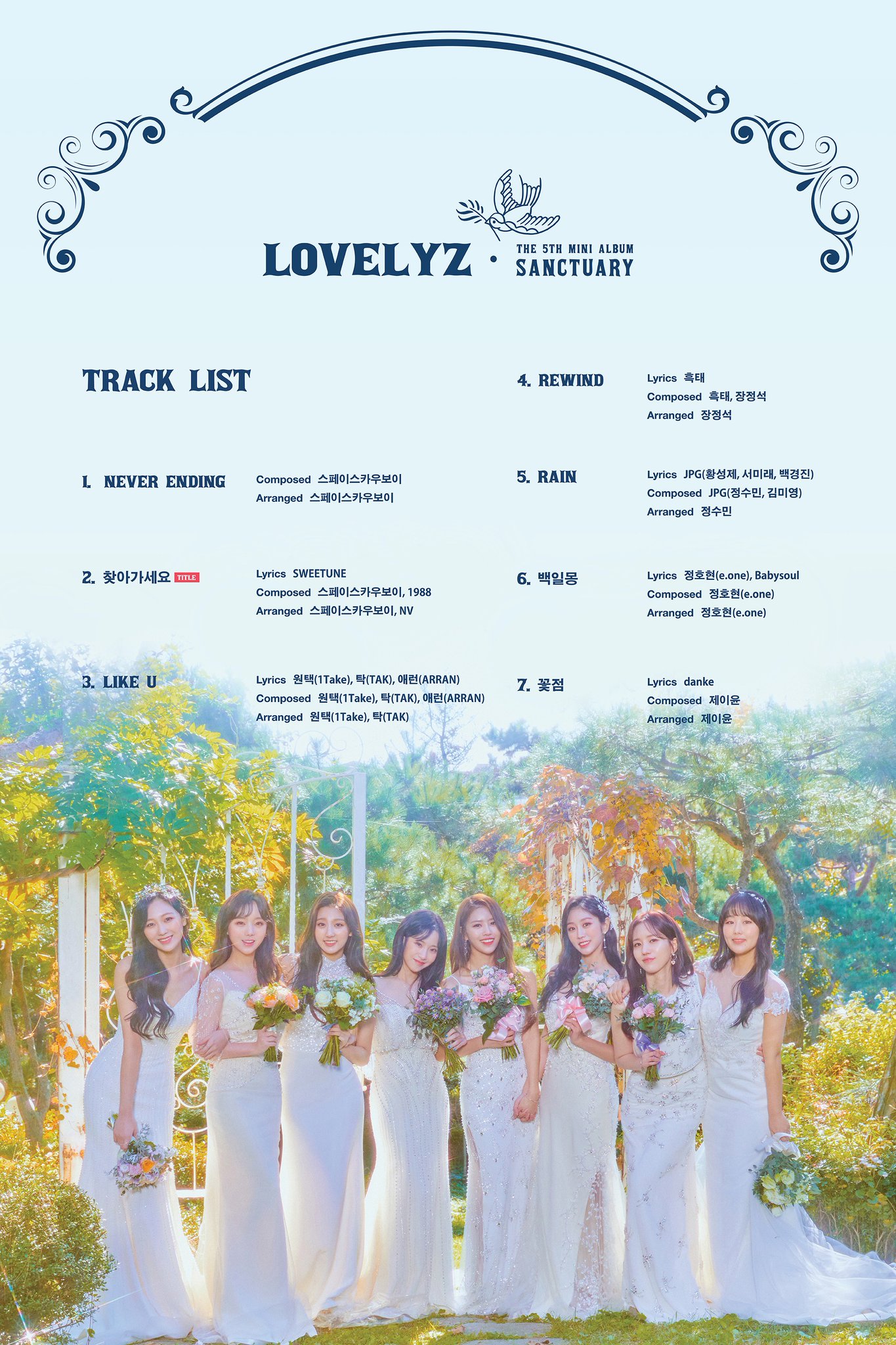 The album will contain seven tracks in total. Meanwhile, the members look lovely in white bridal-style gowns while holding bouquets of different coloured flowers. Their hair is also decorated in floral accessories. They are surrounded by fresh greenery which makes them stand out. Like their other teasers that they have previously released, they are going for a floral concept in this track list teaser as well.

Lovelyz will make their comeback on November 26th with fifth mini album ‘Sanctuary‘, so stay excited!

What do you think of Lovelyz‘s track list for ‘Sanctuary‘? Let us know in the comments below.