LUNAFLY Concludes Their Schedule in Singapore With a Showcase

LUNAFLY Concludes Their Schedule in Singapore With a Showcase

LUNAFLY have met once again with LUKIES in Singapore, during their showcase held on May 12th.

The talented trio performed their biggest hits, including “Superhero”and their new song, “Fly to Love’, as well as covers of artists such as Justin Bieber, Maroon 5, Bruno Mars and Jessie J. As a surprise for the attendees, LUNAFLY performed JJ Lin, a song by a Singaporean artist. During the encore, they presented a medley of One Direction‘s “One Thing”, “What Makes You Beautiful” and “Live While You Are Young“. 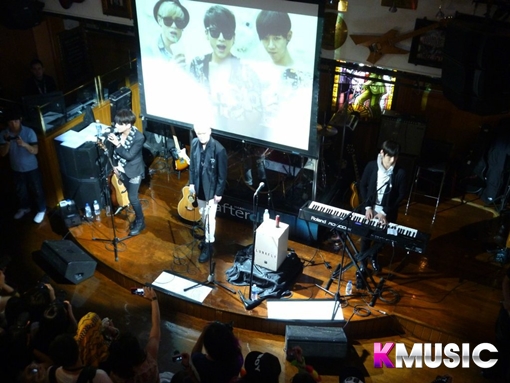 Sam, Teo and Yun did not manage to escape from the Gwiyomi craze as fans asked them to do the “Gwiyomi Player”. Members Yun and Teo agreed to the request and even taught the host how to do it. Additionally, Teo showed off his great sense of humor as he described the members’ fashion style. He ensured fans that only Yun looks good wearing black shoes and white trousers, he compared Sam’s green jacket and yellow pants to brocolli and described himself as a carrot. 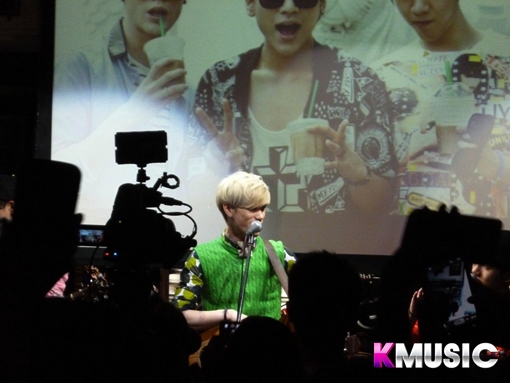 Throughout the showcase, LUNAFLY’s members interacted well with the numerous fans that attended. They took pictures together and Sam uploaded them on Twitter straight away. Even posters were given to several lucky fans, thus concluding LUNAFLY’s visit to Singapore for their press conference, fan meeting and showcase.