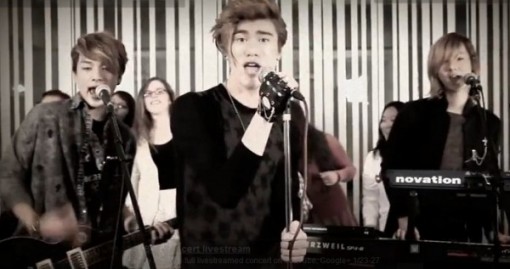 In 2012 “Locked out of Heaven” was a major hit for Bruno Mars and it doesn’t stop there, for six consecutive weeks the track even topped the Billboard Hot 100! The group has reinterpreted the song to fit their style and once again they show off their musical talent as they play and sing along to the song.