Kick starting their promo tour to prepare their first album promo tour, a press conference was held in Summit Hotel, Petaling Jaya on the 25th of October 2013 to allow the members to greet the media in Malaysia. 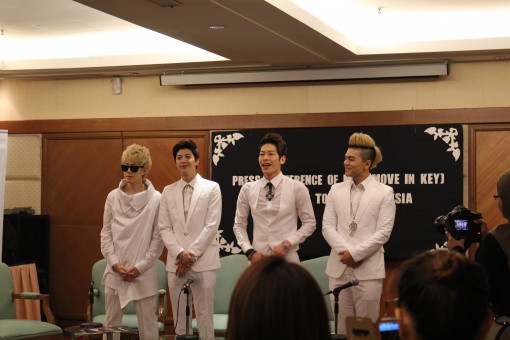 M.I.K (Move In Key), a rookie group which consist of Leader Sin, vocal Jay and Czero as well as rapper maknae Sakoo managed to light up the press conference with their friendly and witty personalities. They are a new Kpop group with a new concept of ‘retro-idols’. The meaning behind ‘Move In Key’ is  with M.I.K’s cool music (which is in ‘Key’) they will move the heart of the people. 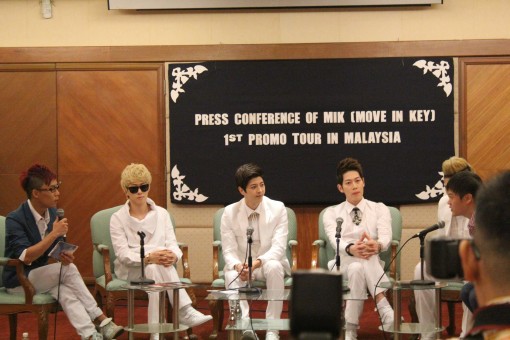 During the press conference, a short performance was presented by the members showcasing their talent. Vocal Czero sang a short cover of ‘It Will Rain’ by Bruno Mars. Maknae Sakoo raps while Czero beat-boxes. Leader Sin performed a short freestyle solo dance that ended with an impressive running up the wall back flip. Lastly the members teaser performance of their debut song ‘Get Away,‘ which is a remake of the legendary dance group Deux‘s ‘Away‘.

At the Q&A session, the members were asked if they have any favorite singer in Malaysia, which Leader Sin enthusiastically replied saying his favorite Malaysian singer is Michael Wong (Guang Liang) and one of his songs, Tong Hua. It is because one of his favorite singers in Korea, Kim Yeon Woo remade the song TongHua in Korean. Besides Michael Wong, he also mention Micheal Yeo and famous shoe designer, Jimmy Choo. 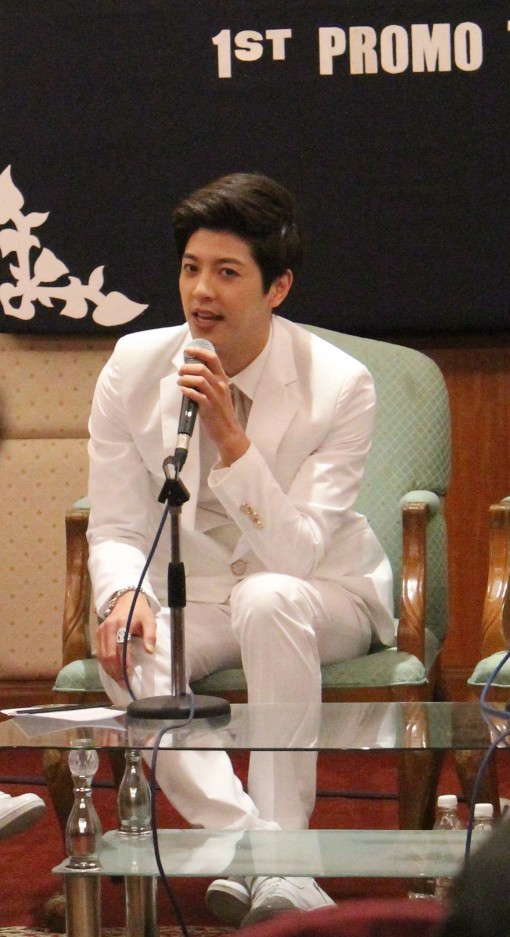 A question was also asked regarding the relationship between Super Junior‘s Donghae and them as Donghae had tweeted about the fan meeting of M.I.K happening in Malaysia. Sin answered :’ Brother! We have good relationship with Super Junior. Since long time ago, around 10 years ago. Super Juniors, Big Bang. We always cheer on each other.’

In the promo tour, M.I.K performed their songs from their albums and they played games with lucky fans from the audience. M.I.K is also looking forward to a time of laughter and fun. M.I.K <Move In Key> Promo Tour held as below: Date: 26th October 2013 (Saturday)

Kindly check out the videos below for their introduction and their short performance here!

Czero performance of  ‘It will Rain‘ by Bruno Mars


Sin short freestyle solo with running up wall back flip.