Mad Clown will be releasing a new single in collaboration with Bolppalgan Puberty! According to reports, “The new song is will confidently show Mad Clown’s emotional rapping and will add to the unique vocals of Bolppalgan Puberty.” The song is set to release on February 3rd so be sure to check it out! 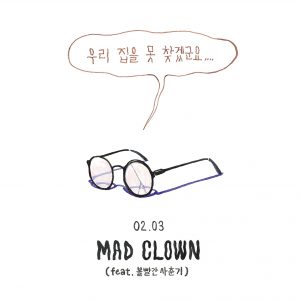