With barely any time until we say goodbye to 2016, five entertainment agencies have let us in on what we can anticipate from them in the new year! This past year gave us many memorable comebacks and debuts, but it’s safe to say 2017 is going to be even bigger and better when you see what’s in store. 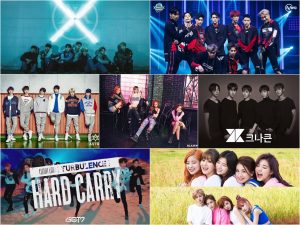 Let’s take a look at the announcements from each agency:

SM no doubt had a great year, as usual, with the debut of NCT and it’s 3 units. Add Exo’s record breaking awards streak and the announcement of S.E.S’s return, and you can only wonder how it gets better from here.

While 2016 was the year of debuts, 2017 will see the return of the full line-up of two much loved groups: TVXQ and Super Junior. With their respective members being released from the military, we can expect their comebacks during the year.

First generation girl group, S.E.S, will make their comeback at the beginning of the year. Exo and NCT 127 are also confirmed to return. However, there is no news of any new sub-units for NCT yet, so all the Johnny fans will have wait just a little longer! 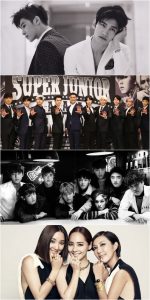 While Miss A’s Suzy is set for a solo debut in January, GOT7 and Twice will be continuing their success with more overseas activities. 2PM also plans to be active until their enlistment dates, so we still have a little time left with the members!

JYP’s first boy band, Day6, will also make a comeback, while other artists like as Baek Ah Yeon, Baek Yerin, and Park Ji Min also have various activities lined up. 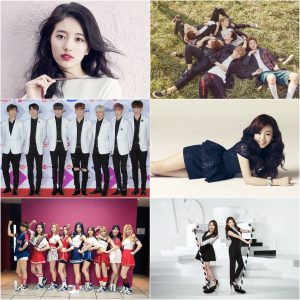 Unfortunately, after February we say goodbye to BIGBANG temporarily as the group doesn’t plan to have any activities after TOP’s enlistment. But, we still have many other YG artists to look forward to!

Akdong Musician kick things of in January with a comeback, along with Sechskies who will have releases in both January and April. You can also add concerts to the list of activities planned for the recently reunited group.

We will see Winner again, as they return as a quartet and with a new album. iKon and Blackpink will join in the lineup with much anticipated comebacks of their own.

Needless to say, YG’s other artists such as Psy and Epik High will also be working hard in the new year. 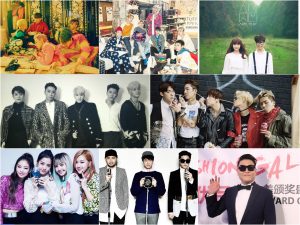 Big Hit is synonymous with BTS, and 2017 will see the group take an even greater step globally. Amongst their activities is a tour for ‘Wings’, starting in February, that will take them to Chile, Brazil, and the US to name a few. They also plan to release yet another album and will be working on new tracks, while some of the members embark on new individual activities.

Despite the popularity and success of BTS, the agency does not plan to debut any groups in the new year. 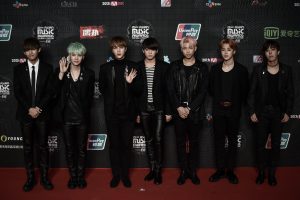 Last up is Pledis, home to Seventeen and After School, among many more. Seventeen will hold their first official fan meeting in February and follow up with multiple concerts in Gobe and Yokohama in Japan. In addition to this, they will also work on a new album.

After School’s Uee and Nana will focus on individual activities, whilst boy group, Nu’est, has plans both as a group and individually. Solo artist, Han Dong Geun, will release an album as well, which he is currently working on.

In debut news, Pledis Girlz will hold one final concert where they will also announce the name of the new girl group. With I.O.I’s activities complete, Lim Nayoung and Zhou Jieqiong will debut with the new group in the first half of 2017. 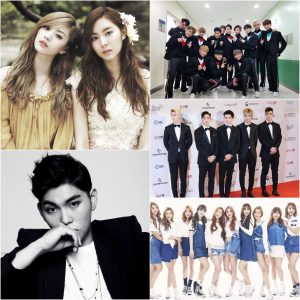 It’s already looking up to be a busy year, and this is without news from other agencies such as Cube or FNC who also debuted new groups this year. From the return of favourites such as TVXQ and Super Junior, to some much anticipated comebacks, what are you looking forward to the most?

Stay with Officially Kmusic as we bring you the latest in Korean music news!

Scroll for more
Tap
How to Watch ‘Goblin’ When You’re Promoting: A Guide By S.Coups
Happy Birthday to Jaehyo of Block B!
Scroll
Loading Comments...