They say “Mama-mama-moo“! We are always looking forward to the group with one of the best introductions in the K-pop industry: Mamamoo. The girl group has announced their comeback with a new mini album ‘BLUE;S‘, which is going to be the third instalment of their album series ‘Four Seasons, Four Colors‘. The group has announced that their comeback date is 29th November, and their new album is going to be autumn-themed, according to sources. The group teased their comeback in a Twitter post and unveiled their release schedule. 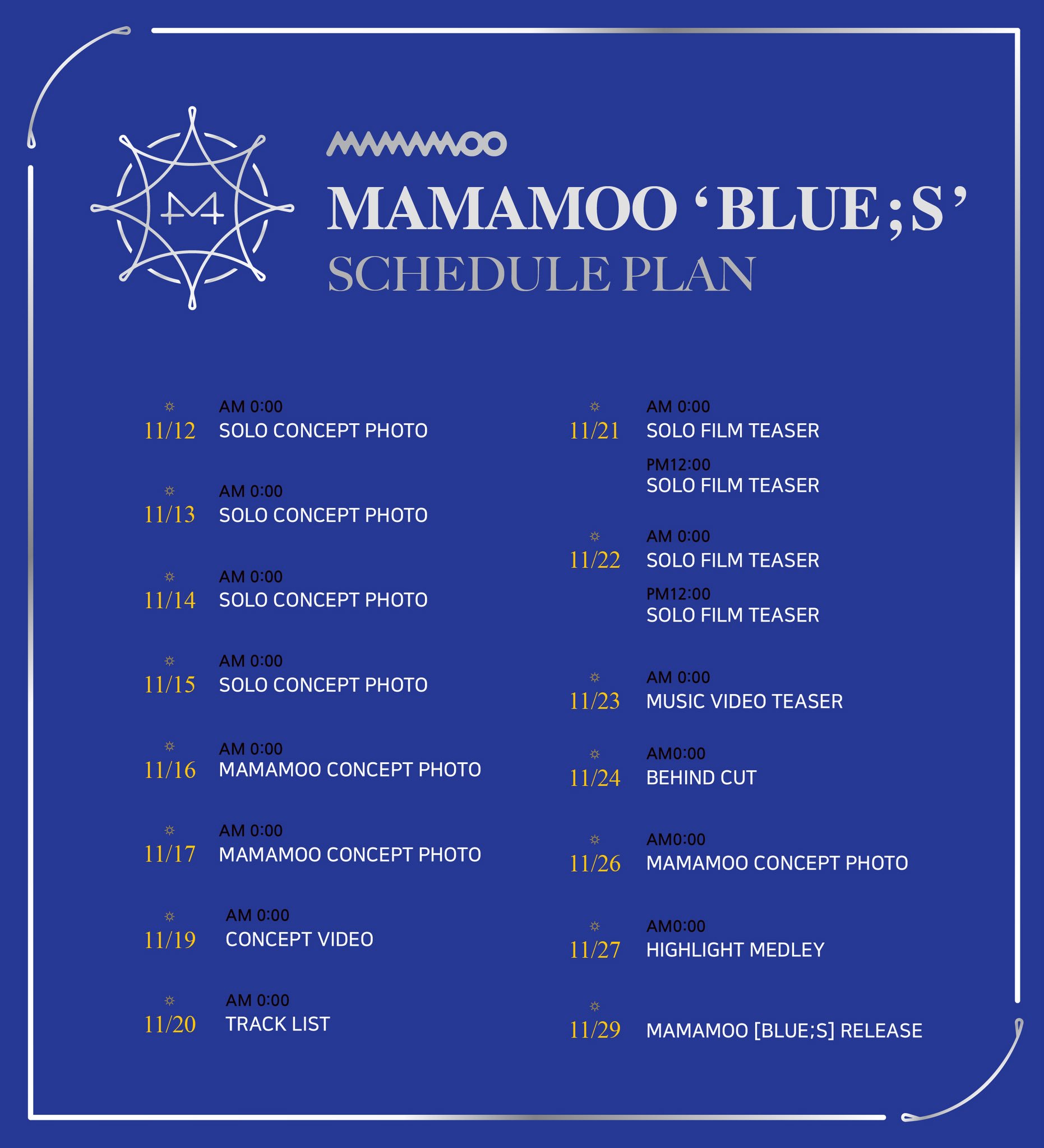 The tweet has made fans curious about why there is the McDonald’s logo. Look out for their comeback to unveil this mystery!

From November 12th, they will release new teasers almost every day before their comeback on the 29th of November.

Are you excited for Mamamoo‘s comeback? Let us know in the comments below.