MAMAMOO recently revealed the MV teaser for their upcoming digital single ‘New York!’ The teaser video, released on September 14th, shows the girls rocking their new looks. The new look is sassy and fierce. Throughout the video the four members can be seen enjoying themselves and jamming out with a glass of wine in hand. From the short clip, listeners catch a glimpse the group’s signature funky sound and powerhouse vocals. The digital single is set to drop on September 21st. 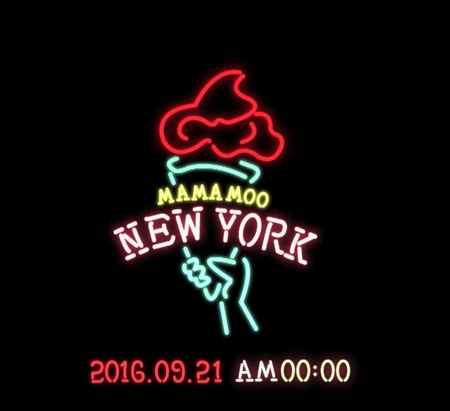 Are you digging the girls’ looks as much as I am? Comment what you think below!