MAMAMOO have released the track list for their upcoming mini-album ‘BLUE;S.’ Check it out below! 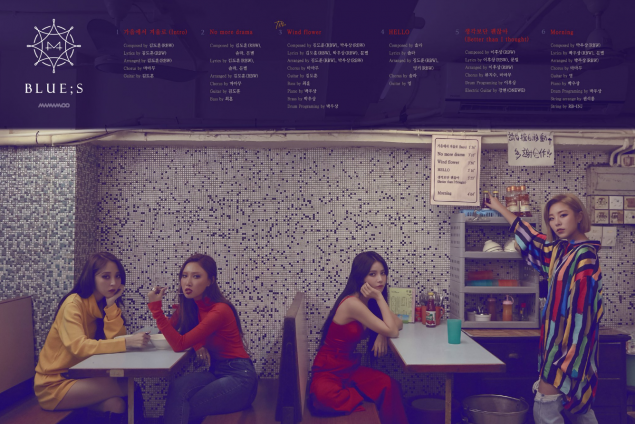 The album has a total of five tracks. The tracks are titled ‘From Fall to Winter’ (intro), ‘No More Dream,‘ ‘Hello,’ ‘Better than I Thought,‘ ‘Morning.‘ and the title track ‘Wind Flower’.
‘BLUE;S‘ will be released on the 29th of November. Meanwhile, the individual film teasers will be coming out next in the lead up to their comeback.
Keep up to date with the latest in all things K-pop with Officially Kmusic.
Source (1)
Written by Riley
Edited by Lindsay
Thanks for rating this! Now tell the world how you feel - Share this on Twitter and on Facebook.
(Nah, it's cool; just take me back.)
MOODTHINGY
How does this post make you feel?

Scroll for more
Tap
100% bask in the ’28℃’ weather in new image teaser for upcoming Japanese single
UP10TION release a series of quizzes to tease for their comeback
Scroll
Loading Comments...