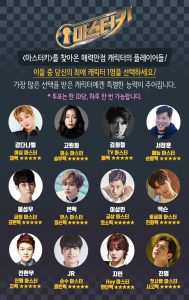 ‘Master Key’ involves different celebrities playing intense games in order to find out who holds the ‘Master Key’ – the show is interesting as it combines audience interaction so that fans can help their favorited cast members get ahead!

Have you been watching!?